Mind the Gap! Dodgers Closing In on D-Backs 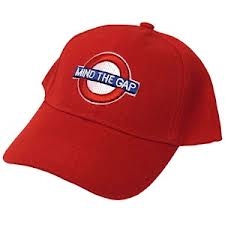 The Los Angeles Dodgers are closing the chasm behind the first place NL West Arizona Diamondbacks. And their win last night brings their streak to four straight and only a game-and-a-half behind the D-Backs.

While there is still plenty of baseball left to be played, it's remarkable how the Dodgers have managed to make an improbable comeback to fight for a division title.

Most of this should be thanks to potential populist All-Star Yasiel Puig. This phenom has come on strong for the boys in blue.

Roughly a month ago, the last place Dodgers were so desperate, they brought the Cuban-born Puig up from the minor leagues. As soon as he arrived, an electricity appeared games that helped spark a 21-13 stretch and a 45-45 record overall.

And he's had help.

With all the attention focused on Puig, it seems the return from the DL of Hanley Ramirez has escaped notice. All he's done since coming back is blister baseballs at an impressive rate.

If the Dodgers can split the upcoming four-game series with the Colorado Rockies, they should be primed to pick up the pace after All-Star break.

Be careful D-Backs, the Dodgers are coming for you ...