Mike Fiers' Beard Is Filled with Wonder and Whimsy 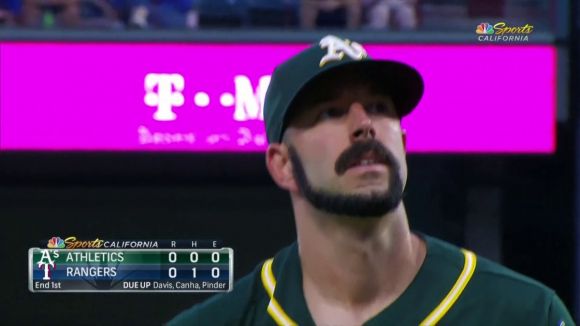 Mike Fiers has had himself a decent MLB career, sticking around for nine seasons with four different teams.

But when his baseball obituary is finally written, the first sentence will have to mention the beard.

In case you've yet to pay your respects, we'll show it to you now:

If you can’t find your girl, and she ain’t responding to your messages, it’s because Mike Fiers is with her. This guy and his beard are def laying pipe all over Oakland. pic.twitter.com/0vJ3gqXOoV

That damn thing is practically a religion.

Of course, it turns out Fiers shaved his beard into the letter G on a dare from his A’s teammates, but we'd much prefer to believe the inspiration was derived from some divine entity.

See, others have taken up the cause.

That’s not a g, that’s a monkey tail

It's even stimulated debate.

There's no way baseball can get less cool.

Dude's showing us a better way.

Sadly, the mysterious growth vanished as quickly as it appeared.

But the legend only grows.