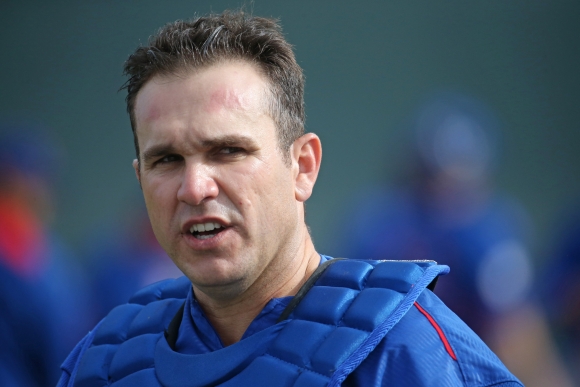 Damn, that was kinda ugly.

Chicago Cubs backup catcher Miguel Montero was assigning blame in the clubhouse after allowing seven steals against the Nationals on Tuesday night.

The object of the veteran's scorn was 2015 Cy Young winner Jake Arrieta, who wasn't exactly helping the cause with his slow delivery to the plate.

Especially when the teammate he's trashing is on a bigger contract.

Not only did Montero throw Arrieta under the bus, he first obtained his CDL so he could drive the bus himself.

Obviously, this is no way to handle such things.

While there is certainly merit to the Montero argument, this sort of thing is best handled behind closed doors.

Also, the fact that Montero has thrown out exactly one baserunner all season may indicate some flaws in his game, too.

With the team stuck in neutral at the moment, distractions such as this are not exactly helpful.

A veteran like Montero really should understand the folly of venting publicly about a teammate, but this dude apparently has a history of doing this very thing.

Anyway, the pitcher/catcher dynamic is a complicated one.

Crash Davis wouldn't have gone to the media like that.