Mets Steal Their Way to the NLCS 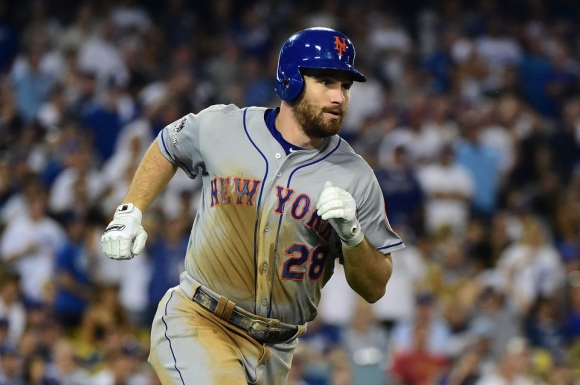 Sabremetrics and spray charts can only take a team so far.

Being in the moment never hurts.

Or, put another way, not being in it really hurts.

As in the Los Angeles Dodgers watching the Mets get to be in more moments against Chicago's Cubs in the National League Champinship Series.

All because they should've been watching Daniel Murphy more closely:

What in the name of the Elysian Fields is going on in these playoffs? Weren't the ten teams who qualified there because they spent 162 games confirming they had a clue?

Full marks to Murphy for his forethought on any given situtation arising.

With SS Corey Seager strolling toward second and 3B Justin Turner still playing rover as part of the shift against Lucas Duda, Murphy's brazen stroll to third turned Travis d'Arnaud's lazy fly to right into a second run materializing out of nothing but Murphy's baseball sense.

And so the Dodgers' fantasyland payroll is foiled again.

How, one might ask, does a club with Clayton Kershaw and Zack Greinke on the mound in a playoff series manage to miss the Fall Classic year after year?

That seems to be another detail to which somebody in that organization might want to be paying attention.