Mets Soar to Victory on Wings on Rally Parakeet 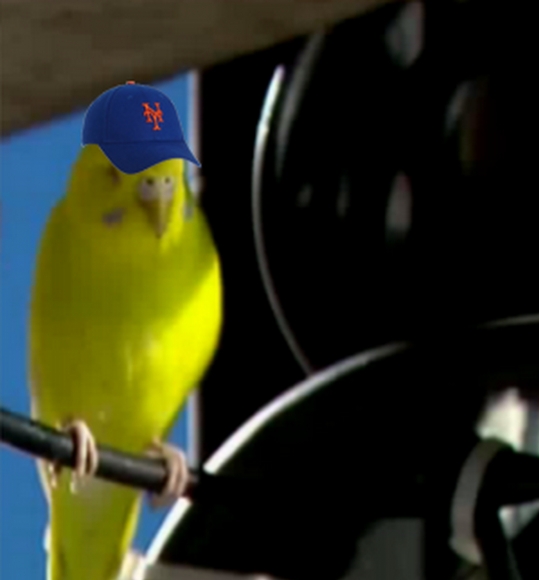 It's a concept, but the New York Mets are one of the hottest teams in baseball right now

Ever since their home sweep of the Washington Nationals, kings of Queens have won eight of their last ten games and taken over sole possession of first place in the NL East.

So, counting that sweep, the Metropolitans are 11-2 in that span. Here's how they capped the Nats to break out those brooms:

Powered by their young triumvirate of arms and revitalized offense, the Mets have become the National League's feelgoods.

However, even trending teams are in a need of a rally every now and then.

New York found its rallying cry last night in the form of a six-inch little birdie.

Last night, the Mets and Rockies were tied through 3½ innings, and then the Rally Parakeet arrived. New York's broadcast crew noticed the yellow tweeter during the bottom of the fourth while recent acquisition Yoenis Cepsedes -- sporting a similarly-colored arm sleeve -- was at the plate.

The Mets, duly inspired by the appearance of this little harbinger of karma, proceeded to scratch out two runs in the inning on their way to a 3-0 victory, with the third run coming from a Cespedes homer.

Fittingly, dude later credited the bird for his selection of arm apparel.

Yoenis Cespedes said he wore his yellow armband because "I knew there was a bird on the field and I wanted to look like the bird." #Mets

The parakeet isn't the first animal to spark the Mets this season. That would be the Rally Raccoon, who was discovered in the team’s weight room.

Other cases of animals carrying omens in baseball include the Rally Squirrel, who aided a St Louis Cardinals comeback against the Phillies in the 2011 NLDS, and the Rally Possum, who propel the Oakland’s A’s to an extra inning victory.

And who can forget the Los Angeles Angels' rally monkey? Even if they want to?

If the National League playoff races go down to the wire, as they no doubt will, the more animals, the better. 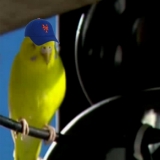 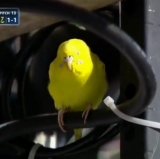