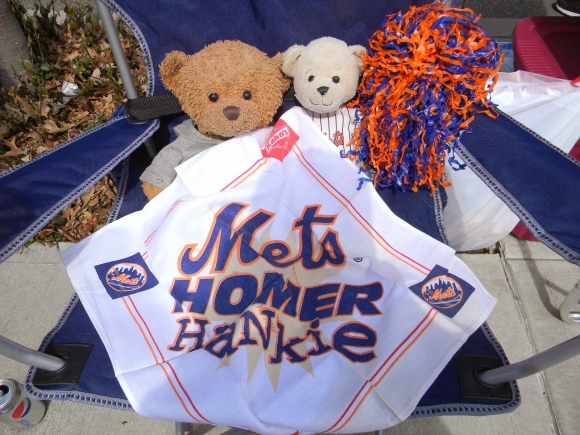 If slugging percentage was a light bill, the New York Mets would be stuck with playing day games only.

It's annoying to think that if the Mets had just a couple of players capable of putting up big power numbers -- say 30-40 home runs -- and if the RBI totals were higher overall, the'd more than likely be well in the playoff hunt.

Rumor has it that the Mets are interested in Troy Tulowitski and possibly Carlos Gonzalez, both of the Colorado Rockies. If it was up to me, I'd say go for it! What's there to lose?

Acquiring both of the current Rox might be a stretch, but getting one of them is realistic.

Why the Mets front office doesn't fill the power void well and truly confuses me; it seems like a no-brainer. In order to compete in the big leagues, you need big power bats! The Mets only have a couple of players on their roster even capable of putting up 30+ HR seasons. And even then, it's hardly been done in recent memory.

Hell, they've got the bargaining chips!

Having a guaranteed player who hits pitches out on a regular basis is well worth the exorbatant money. Among other things, it brings much more excitement to the fans to see balls hit out of the park.

Well, look where the so-called no-name Athletics are. Then look at the Mets. Jon Stewart was only slightly off with his crack about their being a ficticious team. Their power game doesn't exist.

And unless Alderson has cards in his hand he's not showing, Moneyball will remain in places like Oakland and Tampa Bay, where rings are realistic possibilities. And the Mets will still be the Mets.