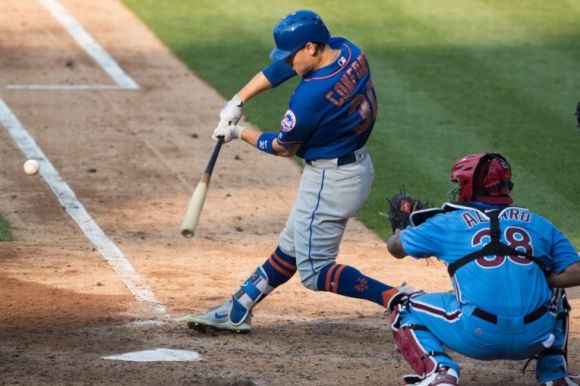 For any number of reasons, they struggle with basic concepts such as pitching and fielding.

Honestly, their most defining characteristic is probably being offensively challenged.

However, this recently changed, for a couple of nights, anyway.

Well, we have verifiable proof of this bizarre happening.

The Mets dropped a franchise-record 24 runs on the Phillies in Philly, which was no doubt pretty embarrassing for the home team.

Have a look at the carnage:

This relentless barrage included a spirit-crushing 10-run fifth-inning, a frame that must have done wonders for the Phillies' self-esteem.

The Phils even resorted to the old position player on the mound trope that's currently sweeping the nation, using a reserve outfielder and shortstop to finish up the final three innings.

The outfielder, a fellow by the name of Roman Quinn, recorded five outs while allowing seven earned runs for an ERA of 37.80.

Incredibly, the Mets scored 16 runs the night before in Baltimore, making their two-night total a stunning 40 runs.

So, bravo to the Mets, although it may take them the rest of August to reach that total again.