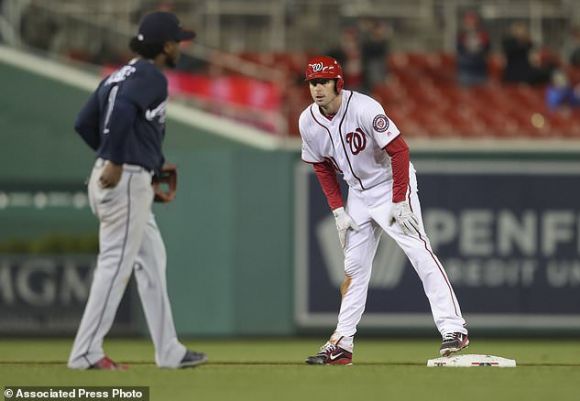 The Washington Nationals ace actually stole second base against the Atlanta Braves.

This is noteworthy because Scherzer has never once done this in a regular-season MLB game.

Let's get back to his base stealing antics.

Here's the nimble Scherzer performing the larceny in question:

Perhaps in the future, Braves pitcher Peter Moylan will shoot a cursory glance over at first base so the runner doesn't get a walking lead, even if that runner is not a perceived threat.

This is Mad Max's sixth National League season, so this stolen base took some time to accomplish.

But he's finally done it, a fact not lost on his manager.

Dave Martinez said he presented Max Scherzer with second base after the game.

What's next for Scherzer, you may be wondering.

Well, perhaps he could get caught stealing, because that's never happened, either.

We wait with bated breath.