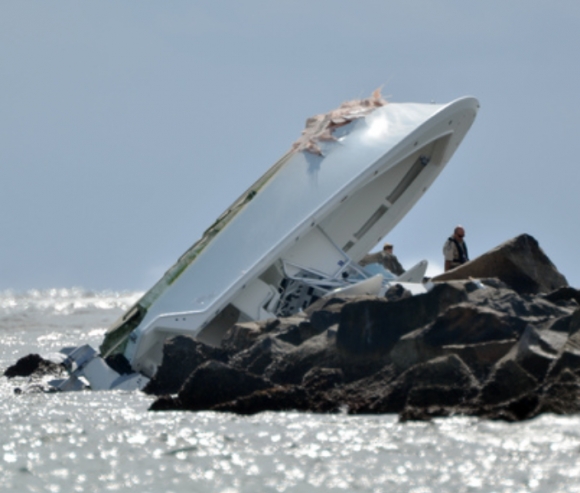 José Fernández had already accomplished so much as an electrifying right-hander.

He'd even been through what athletes like to call adversity and returned to pick up where he left off.

A Cuban-American, Fernández was in the right city at the right time to capture the affection of Miami Marlins fans who are never sure if they can trust a team owned by renowned weasel Jeffrey Loria.

But if Loria could refrain from any more deviousness, the 24-year-old looked to be a vital part of the team's core, with other prime talents like Giancarlo Stanton and Christian Yelich.

This was a power craft of the sort that added to the ambience of Miami Vice.

Like Fernández' fastball, it has the ability to be lethal in a much more sobering way.

Fernández was not the boat's owner, nor was he driving. He also wasn't wearing a life vest -- and neither were the other victims -- but there's no word yet if that would've made any difference.

However, he made a conscious decision to take a high-velocity ride in the dark of night. That journey won't be together anymore. All that unborn child will ever know about him is from video, photos, and -- luckily, in a dark way -- a massive fortune derived from a $2.8million contract that at least provides for a very looked-after life.

For the next few days, caring platitudes will be raised in his honor, and deservedly so.

But none will surely have the nerve to say what Courtney Love did after Kurt Cobain -- the father of her child -- at a memorial service for the Nirvana singer:

These circumstances are obviously different, but one similarity exists. It goes for all 20-somethings who've started families and refused to refine their decision-making.

Fernández will get a fitting send-off, and he'll get a patch on the Marlins' jerseys next year. However, his child will never get a biological father.