Mariners Trade for Morales Because They're in the Wrong League 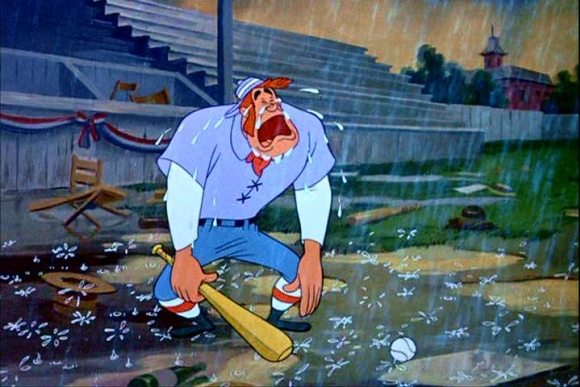 As of 1 July, the State of Washington joined Colorado in allowing marijuana to be sold in licensed outlets.

That would explain Seattle's re-acquisition of Kendrys Morales.

It wouldn't explain most of the Mariners moves before then. But then, maybe explanations are futile.

This deal could only happen with an American League team because the junior circuit allows a DH. And Seattle obviously figures they need one. The fact that they do is beside the point. With their roster choices this season, they'd be better off sending their pitchers to the plate.

Seattle now has a toothless trifecta in Corey Hart, Logan Morrison, and Morales.

The Mariners pitching staff leads the majors in ERA right now. It helps to have Félix Hernandez in his regular job at the top of the rotation:

Hernandez says he's a Mariner lifer, which rules out the possibility of his ever becoming a 300-game winner. Unless, of course, he pitches until he's 60.

Seattle's offense remains putrid at mid-season. Among MLB teams as of this date, it's 22nd in runs scored, 24th in average, 28th in OBP, and 26th in slugging. And that's a high-water mark in recent times for the SS Mariner.

So, with AAAA-caliber Justin Smoak -- incredibly and by default, the best prospect any team ever got when trading for Cliff Lee --back in AAA, GM Jack Zduriencik put on his thinking cap. There's no confirmation it has a propeller on top, but is the move for Morales the best brainstorm he gets?

He hasn't been the same since.

But if there's a silver lining for Seattle, it's that Morales refused his $14million qualifying offer to become a free agent, and the Mariners will only be liable for roughly half of this season's contract. However, that lining surrounds a depressingly dark cloud:

And with the DH position in those hands -- hands that wear a wrought-iron glove when they're in the field -- if the Mariners can't do an Astro or a Brewer and shift leagues, perhaps they should just pretend and bat the pitchers.

Somewhere, the Babe is smiling.