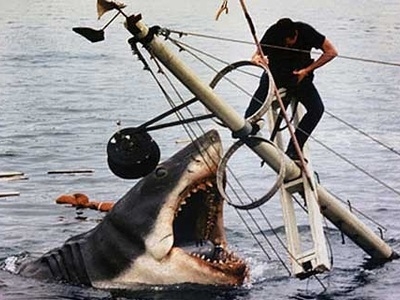 It's one thing for media to toss hints and allegations out there.

It's quite another for the object of attention to give them life.

And that's what the poobahs in command of the good ship Mariner seem to be doing.

Lately, it's been charting a course that would make a minesweeper's crew seasick:

Yes, assembling a contender in any sport usually calls for an intricate strategy. The issue in Seattle is whether its captains actually have one. Instead, they're giving appearances that all they're doing is reacting to headlines without bothering to check if they're accurate. And one would think that, since the headlines have to do with them, they would know.

Team CEO Howard Lincoln, President Chuck Armstrong, and GM Jack Zduriencik were surely aware the Seattle Times rip job was coming down the pike. Coincidentally or not, Armstrong announced he was bailing before it hit the shore. Efforts to ramp up the signing of Robinson Canó went into hyper-drive.

It was if the Mariners' ultimate purpose was to out-headline the headline they knew was coming. If the cost -- ie- Canó's price tag -- was to jettison any modicum of rationality, so be it.

What other explanation can there be for an instant morphing of an already ludicrous nine-year, $225million offer into a Pujols-like template of ten years and $240million when not even the Yankees were going to pay that amount? Yes, the Rangers had been mentioned as a suitor, but they just took on a crazy salary when they traded for Prince Fielder. The Dodgers and Cubs had shown no interest and the Angels' roster was still stuck with the Poster Boy and Poster Boy Jr of long-term folly.

As their gunwales leaked during negotiations, distant eyebrows raised. Speculation arose about a mystery bidder offering Canó the full boat. It's possible the Mariner captains heard this but never took the time to verify it. If so, and their increased offer was the result, then they just won a bidding war against themselves to the tune of $15million.

Whether or not that speculation was accurate, the Mariners played right into the essence of the Seattle Times story. From every perspective, all appearances indicate this transaction was pursued and sealed for all the wrong reasons.

Image-wise, Zduriencik was had, no matter what. Four years into his reign, he had little to show for it. His third manager, Eric Wedge, had loads of cred from his work in Cleveland. When he put the Seattle GM on blast, the best course for Zduriencik would have been to simply batten down the hatches and weather the storm.

Rather than participate in the Times story, he declined comment. It made his separate published response look like propagandizing damage control. And that sort of damage control infers actual damage, which in this case, legitimized what Wedge and others were claiming. This, in turn, gave credence to the bidding-against-themselves flyer. Now, it doesn't matter if that noodling was factual or not; it fit the image being portrayed.

And that perception is Zduriencik and his fellow poobahs are idiots.

An additional incentive for Canó to sign for Seattle is the fact Washington is one of nine states with no income tax. That's good for him and generations of his financial heirs, but it's not a baseball reason. He's about to enter a maelstrom. The USS Mariner has more holes than the middle of its lineup and the second base position. So, in order to justify Canó's contract with measurable results in the standings, Zduriencik has painted himself into a corner of the poopdeck. Achieving immediate results means trading prospects whom he's touted during his GM career in Seattle as the team's true future. If he now deals them for bigger-ticket talent, he's gambling away his strategy over the past four years.

So, this winter is knot-cutting time. If the moves Zduriencik makes this winter produce no evidence of smooth sailing in 2014, he has to go.

And if so, this franchise will remain what it's apparently been for over a decade. Namely, a rudderless ship.