Mariners' 2014 TV Ads: Their Season May Have Already Peaked 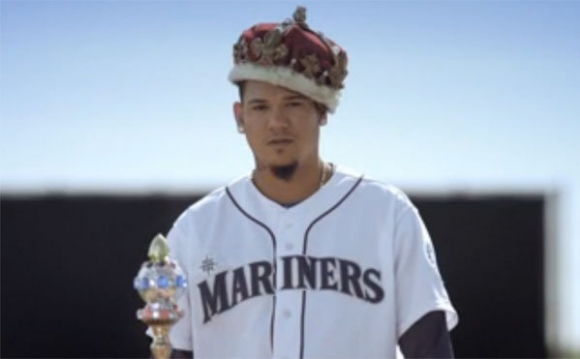 Whether or not embattled Seattle general manager Jack Zduriencik has his act together remains to be seen.

But it's clear that the Mariners' ad agency does.

If their lineup could produce hits as consistently as Copicino + Fujikado has done over the years, there might be a few more pennants flying over The Safe.

The 2014 portfolio was recently released, and it looks like their hot streak continues.

After splashing $240million for Robinson Canó, the Mariners apparently demanded that they not only get the former Yankess fixture at second base, but all the trimmings, too:

There's even a somewhat eclectic tribute in this batch. Official scorers may know and love Henry Chadwick's contribution to the game, but not as many others could cite him as the creator of box scores. He's the dude who decided 'K' would be the symbol for a strikeout. Why? Allegedly because 'S' was taken to denote a sacrifice, so he went with the last letter of the word struck. OK, why not?

The staff ace needs a top billing, though, and got it in this one:

The creative process is tough enough, and doing it for a team like Seattle carries an extra element of risk. The Mariners' fortunes in the AL West have only improved due to Houston's Astros moving into the division to occupy the cellar, and frankly, their only practical goal is to get better before the 'Stros do. That means Seattle is usually a seller around the trading deadline, which becomes a prime consideration when choosing players to feature in the commercials.

Thus, the choices of Hernandez, Canó, and Seager seem wise. The first two are already locked into long-term contracts, so if Seattle's lucky, they'll compile as impressive a collection of commercials as Edgar Martinez.

And if they actually led the team to a solid season, so much the better.