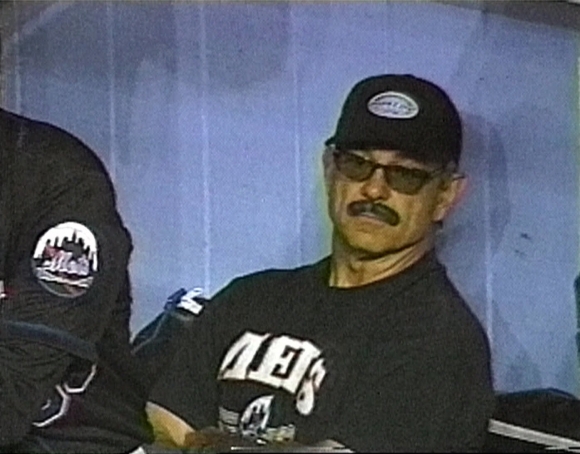 If you haven’t bought a ticket yet for the managerial roller coaster that’s about to take off, then you'd better hurry, because a new one leaves about every 20 minutes.

I thought MLB had a policy restricting teams from making major announcements during the World Series so as to not to take away from the action on the field, but no matter what, leaks happen. And in these days of social media's omnipresence, not even the Titanic had more leaks.

As the Washington Nationals made the announcement that they hired former San Francisco Giants/Cleveland Indians/Arizona Diamondbacks slugger Matt Williams to be their new manager, word came down that:

So, with the Yankees signing Joe Girardi to an extension, Mike Scioscia getting the vote of confidence from Angels brass, Kirk Gibson turning down an interview with the Tigers, and with Ron Gardenhire, Walt Weiss, Ned Yost, and Terry Collins re-signing with their respective teams, the list of top candidates is shrinking by the hour.

The Cincinnati Reds took a popular, flavor-of-the-month name off the managerial candidates' slate by signing pitching coach Bryan Price to take over for the departed Dusty Baker. Price had been rumored to be a good fit for the Seattle Mariners, where he served as pitching coach during their heyday over a decade ago. Incidentally, one candidate he aced out of the competition in Cincinnati was former Mariner and Nationals manager Jim Riggleman.

Maybe Seattle can't find anyone to get them out of their doldrums, but they can certainly get former on-field employees ready for a job somewhere else in the game.

Last but not least, we have the Los Angeles Dodgers' handling of current manager Don Mattingly, which has played out more like a cheesy made-for-TV drama than a Hollywood blockbuster. The Dodgers made a pre-emptive strike by firing Mattingly’s bench coach, Trey Hillman.  Seems like this could be a messy divorce, much like Frank McCourt’s forced sale of the Dodgers to Magic Johnson’s super-investor group.

With openings on two high-profile teams -- the Tigers and Cubs -- expect even more frantic action this week, and watch the floodgates open if and when the Dodgers job becomes available. The A-listers will be headed to all three of those destinations.

The Seattle Mariners may be left with table scraps, as it was reported they interviewed A’s bench coach Chip Hale. Do they think that stealing a bench coach from a division rival will weaken Oakland’s nucleus and team chemistry? Things are so desperate in Seattle that they tried to convince Lou Piniella to come out of retirement. Now, there's a throwback promotion if I’ve ever seen one!

Piniella probably read the comment from Eric Wedge as he hopped into his lifted pickup truck and sped out of town, claiming that the situation had become “untenable” in Seattle. Piniella probably felt the same way when he left Tampa Bay after the 2005 season. However, as they always seem to do, the Rays came up trumps in that exchange. Joe Maddon has been nothing short of a revelation.