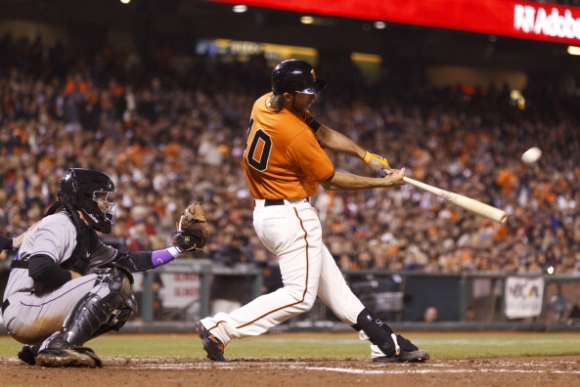 That will happen when both a pitcher and catcher stage grand slam performances in the same game. That's what they did against the Diamondbacks to close out the first half of the 2014 season.

No other tandem in the annals of America's Greatest Pastime can compare to such hitting granduer.

Madison Bumgarner, having another solid season for the Orange and Black, performed a double whammy by simultaneously getting into the record books a second time for notching his second grand slam of the year. Thus tying an illustrious record heretofore held alone by Tony Cloninger.

Even when the Babe was pitching, he didn't do what these two have now accomplished.

Here are the other uncanny coincidences in the mysterious case of the synchronicities of the two hurlers from different eras who are now inextricably linked, Mad Bum and Tony Cloninger: