MadBum Tees Off on Kershaw 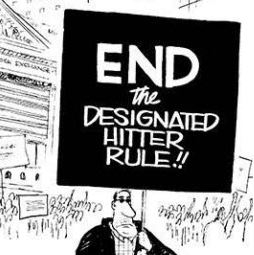 Now, that was a true pitcher's duel!

As rivals in the NL West, this pair of aces has already three tête-à-têtes so far in the 2015 season. The most recent came yesterday in That City by the Bay for the finale of a three-game set.

With those two in the spotlight, a dramatic moment or two was virtually a given, but few could have predicted this happening:

So much for a leisurely stroll right down Broadway. That was the first of the Giants' four runs, completing their shutout-sweep of the first-place Dodgers.

In case you weren't able to see Kershaw's reaction, and sparing no expense, we had a professional actor put a fine point on it:

Sidebar: Were Kershaw and Chris Pratt separated at birth?

While that's the first time a pitcher ever went yard on Kershaw, it shouldn't come as too big of a surprise that Bumgarner would do it. Last year, dude hit a totally respectable .258 with four bombs.

And, after earlier miscues this season, the Brotherhood of Full-Service Pitchers needed that dinger.

Perhaps Bumgarner got a copy of the St Louis Cardinals' hitting approach to the Dodger southpaw.

The three-game sweep pulled San Francisco within 1½ games of Los Angeles. Now, if the sputtering San Diego Padres would only live up to their pre-season hype, maybe James Shields could lug a little lumber and make a difference, too.