MadBum Falls Off Dirt Bike and Lands on DL 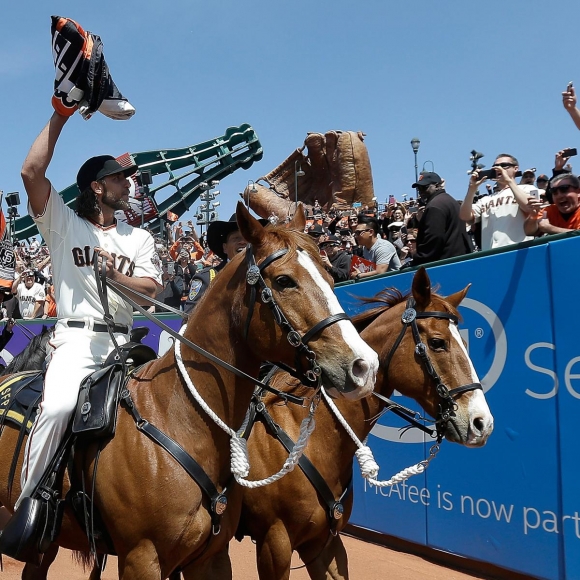 Madison Bumgarner has been the standard for pitcher durability in his nine MLB seasons.

In fact, this machine has never even visited the disabled list.

Recently, the San Francisco Giants were in Denver to face the Rockies and were enjoying a lovely off-day when Bumgarner decided to take the old dirt bike out for a spin.

Sadly, the big lefty sustained a sprained AC joint in his throwing shoulder, an injury that could potentially sideline him for up to two months.

Giants fans across the land are no doubt echoing this sentiment.

We don't have any specifics on the accident, but we do know Bumgarner wasn't using the dirt bike to get to the mound.

As such, this wouldn't qualify as a work-related injury by any standard definition.

The irony of a hurler with such an ironman reputation and record of excellence who injures his throwing shoulder away from the field is quite rich, indeed.

However, it seems likely that the Giants organization isn't quite ready to laugh yet.