Lincecum: Padres Are His Own Personal Washington Generals 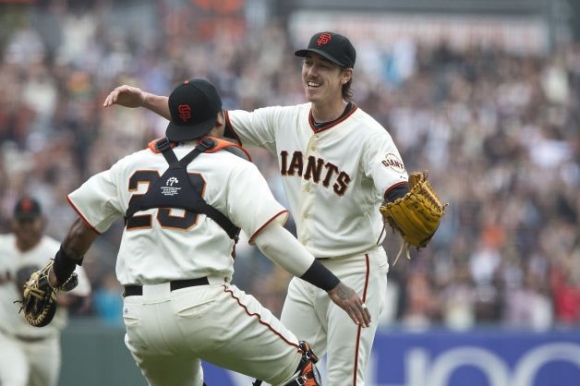 So another piece of baseball history was made last night.

Some would call it a red-headed stepchild footnote, but it's an accomplishment nonetheless. Just like when the Harlem Globetrotters ring up their millionth win in a row against their perennial straight men. Only different.

What Tim Lincecum did wasn't scripted, but it didn't hurt for him to be facing a familiar foil.

Is it The Freak who's channeling the Rolling Stones here:

Or is it the San Diego Padres:

Actually, when they meet, it's both. Like last night, when Tim Lincecum posted his second no-hitter against the Padres:

Addie Joss should thank Lincecum for the posthumous publicity. The Cleveland hurler from a century ago is the only other pitcher to have no-hit the same team twice. His feats were against the Chicago White Sox, and one was a perfect game, which is a rare accomplishment in itself.

But not as quirky as what he and Lincecum have done.

On top of that, The Freak joins Hall of Famer Christy Mathewson as the only other Giant to notch a second no-no.

And for the record, here's The Freak's table-setter for this occasion:

And now, for the rest of his career, whenever Lincecum is scheduled to face San Diego, expect a sellout.