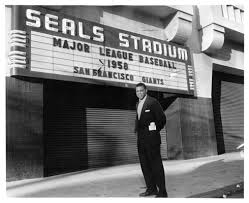 Back in the day, during the frigid agony of watching a baseball game at Candlestick Park, many a fan had often longed to be back in the cozy confines of San Francisco's Seals Stadium.

Why were the Giants so impulsive as to leave such a charming ballpark for that monstrous, not-even-close-to-being-missed impersonal edifice?

Perhaps the move to Candlestick Point out near the airport might have been avoided had the suits taken the time from their champagne wishes and caviar dreams to let their fingers do the walking and enlist the services of a qualified realtor. Who, if they'd been worth their salt, would've promptly assured them that they were out of their ever-loving ex-East Coast minds.

Or was the plan to take payoffs and stick the park out there because the dark proceeds would ensure the high life for all cronies involved?

The dark looking glass of history brings clearly into focus just what a colossal blunder it was for the Giants, just two years removed from being a team from New York City.

So, after only two seasons at Seals Stadium, San Francisco's brand new ballclub decided to up and move from a plum downtown location to a frigid no-man's-land.

If there truly is an alternate universe -- assuming no corruption there, which is a huge leap of faith -- the Giants would never have left Seals Stadium. Sure, they might've re-named it, but Bay Area fans would've lived with that.

The average baseball attendance at the 'Stick was under Seals Stadium's capacity for 32 of the park's 40 seasons. Furthermore, Seals Stadium -- with its one-level grandstand -- might well have been capable of additional renovation to add more seats for their customers' precious derrières. 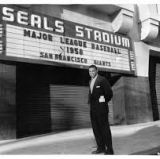