Last-Place Team in a Fantasy League: Struggles of Rookie Manager 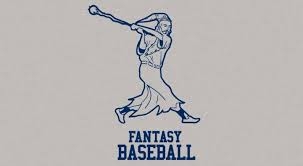 One fine day, I happened upon a link to join a fantasy baseball league that Yahoo was forming.

As a baseball fan of not a short while, I had often heard about such goings on but thought it would be too much of a bother.

But, with the the lure of virtual oligarchy to appealing to ignore, I pressed forward.

Draft day proved especially challenging. As 12 managers competed for available ballplayers to complete their team's roster, many of my would-be picks proved unavailable.

Sort of like what happens in the real baseball draft, where their task is even tougher. After all, they're sifting through potential prospects like this dude:

I think my draft field is much better.

Since I'm a Giants fan, I loaded my team up with my favorite San Francisco players. But again, many couldn't be had, so I branched out to the A's and elsewhere.

The opening week proved especially rough; winning one game and losing seventeen stuck me in eleventh place behind a team even worse than mine.

Weeks Two and Three found me without a single additional win and sole possession of last place. I was desperate. How could I, ace reporter for a world-renowned sports website, face my legions of readers now?

Well, I buckled down, rolled up my sleeves, and got to work culling my roster of all of the underachievers and non-performers. Upon closer inspection, I discovered that some of my players were listed as injured and hence of no help at all.

Although my team is still in last place, I now lead the league in roster moves. And the moves are starting to bear fruit. I actually won the series against my Week Four competitor, Jr's Expert Team, six games to three. 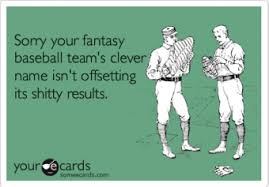 As of press time, my Week Five antagonist is Danny's Unreal Team.

Isn't that an oxymoron? Aren't all fantasy teams unreal? I've gotta crush this dude. He's obviously blinded by the fantasy.

But even if I don't, I'm a gamer. I'm loyal to the creed of respecting the schedule. I have every expectation of fulfilling my managerial obligations, even if it means the cellar.

And unless these picks of mine put something together, it probably does. 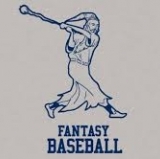