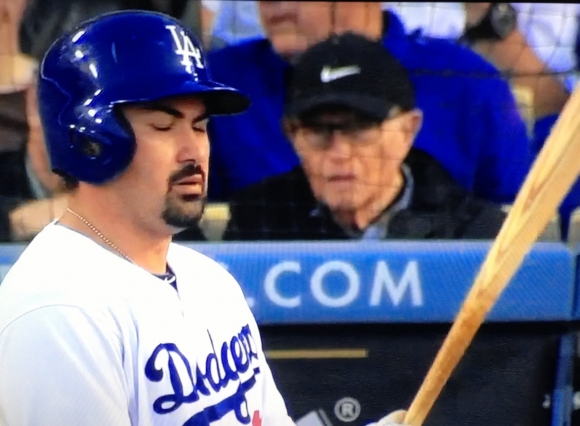 It would appear that Larry King is not only still alive but also a Los Angeles Dodgers enthusiast.

This startling development may come as a surprise to many who might've assumed the 152-year old broadcasting icon had passed on, but this is clearly not the case.

Inexplicably, King attended the NLCS games in Los Angeles between the Cubs and Dodgers.

There's documented photographic evidence of this fact, as the OG was planted almost directly behind home plate for all three games.

It's alarming and a bit distracting to see this living fossil legend not only possessing a heartbeat, but in camera view for every single pitch.

There were several instances where King refused to stand while a Dodger rally was in progress, even though everyone around him was, in fact, standing.

This made his disturbing presence even more obvious, but apparently, OG does this quite a bit.

It bears mentioning that this is not because he's physically unable to rise to his feet, as many suspected.

It should also be noted that King once threw out the first pitch at Wrigley Field while wearing a Cubs jersey.

He should've worn the suspenders over the uniform.

Anyway, with the Dodgers on the brink of elimination, we may have seen the last of Larry at the ballpark this season.