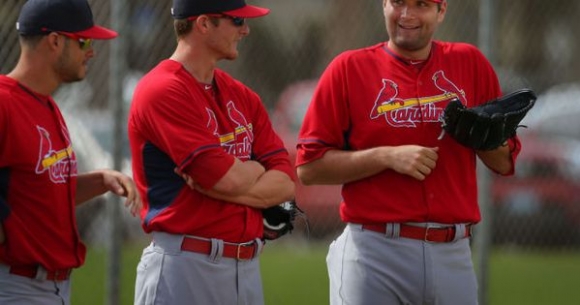 One of the most enduring MLB debates involves the virtues of the DH in the American League.

Baseball purists will tell you the game is played properly in the National League, where pitchers are allowed to hit for themselves.

Perhaps forced to hit is more accurate, as many pitchers aren't particularly fond of the arrangement.

Lance Lynn would probably fall into that category.

The St Louis Cardinals starter is really awful at the plate, although that doesn't distinguish him from many of his NL pitching brethren.

Lynn's currently batting a cringe-inducing .065 on the season in 31 at-bats.

This is just a shade under his career average of .084.

Of course, at least the dude appears to be putting some thought into possible improvement at the dish.

Just in case anyone's curious, our intrepid hero went 0-2 from the left side against the Marlins.

Well, that bunt wasn't half bad.

Of course, there are pitchers in the NL who can swat.

Looking at you, MadBum.