Kyle Lohse Is the Alfred E Neuman of Baseball 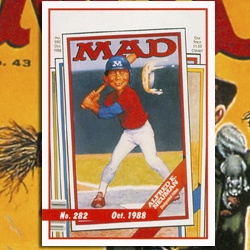 Last January, baseball's rumor mills were churning over the fate of Prince Fielder. The traditional free agent signing period had come and gone, and he was still without a contract. Could it be that super-agent Scott Boras -- whose hardball tactics had long since taken on mythical proportions -- finally overplayed his hand?

No, he didn't. As Fielder will confirm, all's well that ends well.

This year, the drama for Boras's clients bled into February. This was partly due to baseball's new collective bargaining agreement stipulating that teams signing top free agents would forfeit their first-round pick in the next draft. (Yes, there's a kicker -- isn't there always a kicker? -- but we'll get to that later.) In today's cost-conscious baseball business (not counting the greater Los Angeles area) surrendering a first pick is the equivalent to surrendering a firstborn.

Boras continued to suffer the usual slings and arrows in the press. Still, Michael Bourn's new deal shows Boras is still getting results. So, even though he's the last man standing in the top-flight market, Kyle Lohse has no worries.

Under the tutelage of legendary Cardinal pitching coach Dave Duncan, Lohse blossomed as an innings-eating, outs-gobbling machine. However, St Louis has a fertile farm system these days, and with three young fireballers reader for the starting rotation, they were much cheaper than the cost of keeping the 34-year-old Lohse.

His anticipated price tag has given every team to date a reason not to sign him. Headline writers, grasping for something that hasn't been tossed at the wall already, have resorted to idiocy. And yet, Lohse still has no worries. He's banked millions from the Cardinals, he's home during the most tedious -- and these days, virtually useless -- part of spring training, and he's going to get a call. Quality starters in their prime always do.

Sooner or later, a team on the rise (or that is spending big bucks to be) will either see one of its starters break down early or simply underperform early. That's when Boras gets a call.

Don't be surprised if it's Cleveland again, despite their current denials. With a rotation counting on Ubaldo Jimenez and Justin Masterson, and hopes to call up newly-acquired former first-rounder Trevor Bauer around mid-season, Lohse would look good on the shores of Lake Erie as both a quality starter and an able mentor. The phone lines between the Indians and Boras are still warm from the Bourn deal, and Cleveland is the beneficiary of that prevously mentioned kicker in the CBA.

To wit: the Tribe holds a top-ten pick in the next draft. The CBA states they are protected from losing it, which meant they only had to forfeit a second-round slot to sign Bourn. Lohse would thus only cost them a third-rounder (79th overall). Since MLB assigns set budgets to draft slots now, eliminating those two slots frees up more money to sign their other picks, which gives them a better chance of success in doing so. It's a very favorable scenario for Boras to strike the multi-year deal he's seeking for Lohse.

It might take a few weeks or even a few months, but something like that will appear. (And don't forget this is a World Baseball Classic year; a pitcher always comes up tired or lame because of it.) Lohse can enjoy his extended vacation and condition on his own time. With baseball's eventualities and Boras's bargaining, he's got no worries.

No worries at all. 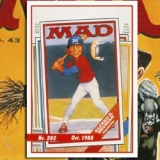 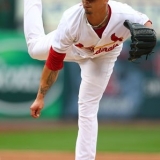 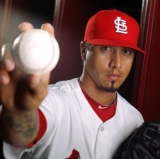