Kris Bryant's Treating The Show Like It's Spring Training 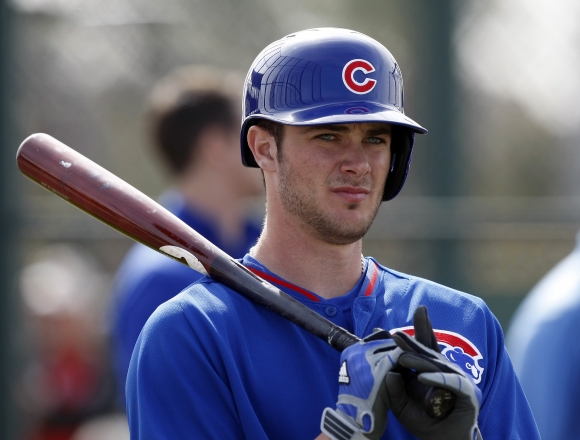 No wonder the Future of Cubbie Baseball didn't want to start the season at AAA.

Bryant was off the charts all spring, honing the hopes of long-suffering Cub fans that, at long last, a new dawn was indeed upon them.

If only Theo Epstein would let the damn sun come up.

So instead of starting 2015 by doing this against the St Louis Cardinals, he did it against the Cardinals' AAA club:

But when he finally did get the call to join The Show, the actual Cardinals weren't so accommodating. But this is baseball; it's tough to make judgments until at least 150-or-so plate appearances are in the books.

And those are starting to form a clearer picture, one that is surely warming at least the left cockle of Cubbie Nation's heart:

One player, no matter how talented, does not a contender make, and Epstein is assembling a formidable cast to surround him. The central focus has been on his Core Four:

No one's saying these dudes are gonna be the 1927 Yankees, but Cubs fans will settle for the 2004 Red Sox.

They were curse crushers, too.