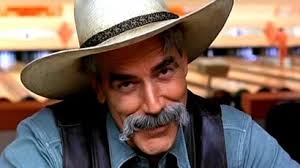 If anyone knows it's a marathon and not a sprint, it's the Cubs.

With no finish line in sight.

So when a glimmer of hope appears on the horizon, it doesn't take much for the hysteria to get whipped up.

And it's whipped up.

Fri 17 Apr marked the beginning of Club Control Day on the Cubbie calendar, and sure enough, there was super-phenom Kris Bryant, smack dab in the middle of their lineup. He was fresh off a quick trip from New Orleans, where his AAA Iowa Cubs were playing, after going 9-28 for a .321 average, including three dingers and -- notably -- nine punchies.

One of the justifications Cub prez and resident Boy Wonder Theo Epstein gave for starting the 2013 draft's No 2 selection was that he strikes out too much.

That didn't emerge directly in this spring training interview with Curt Schilling, but Epstein gives good company line and it's fun to watch a forced conversation between two professionals who've had a strong mutual dislike:

So finally, the stage was set. This sort of contest may not be the reason San Diego's starter on the day is called Big Game James Shields, but then again, April wins count as much as September wins.

News flash: Dude's human. And to Cubbie Nation's credit, they understand. They've had a lifetime of understanding.

If it's any consolation after one whole day, consider this:

It's entirely possible this kid's gonna work out fine.