Korea Was Really into Eric Thames 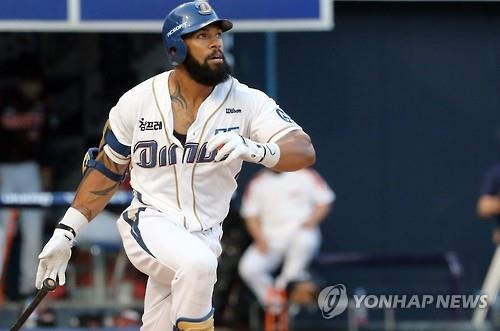 Eric Thames has gotten off to a rather good start this season.

While dude's cooled off a tad after a torrid April, his transition back to MLB after a five-year sabbatical has so far been a success.

Thames did spend the past three seasons playing in a crucible of enthusiasm called the KBO, or Korean Baseball Organization for the uninitiated.

Apparently, he was kinda popular in Asia.

Yep, that was his personal cheer song in Korea.

Now, it bears mentioning that in Korea as well as Japan, each player has his own individual cheer song.

But let's not allow the truth to ruin a perfectly good narrative.

Thames was an absolute beast in Korea, blasting 124 bombs in his three seasons with the lovable NC Dinos.

Dude clearly earned the love but has also encountered some not-so-subtle suspicion back in the States.

But that's another story.

The Milwaukee Brewers, an organization forever in search of a marketing opportunity, are well aware of this catchy little tune.

That sounds almost menacing, but the Brewers appear to prefer threatening their dwindling fan base.

At least his teammates seemed to enjoy it.