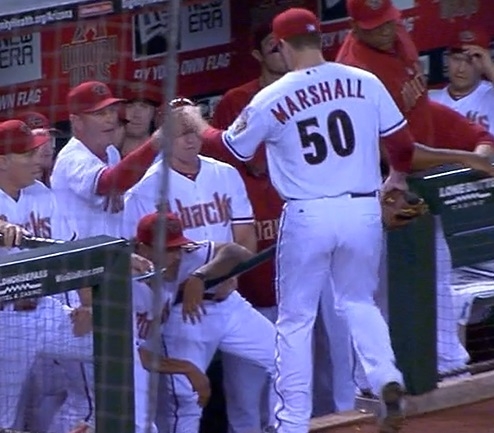 Except, somehow, Gibson and Arizona reliever Evan Marshall screwed things up so badly, Braun got the last laugh.

The Unwritten Rules of Major League Baseball are both fascinating and ambiguous. For example:

Such is the life of Ryan Braun these days, and such was the case last night in Arizona. And after Brewers starting pitcher Kyle Lohse hit two Diamondbacks in the same game, you knew Braun had one coming for his ribs.

OK, he missed the ribs. But he got the job done. Most teams, however, would realize winning games comes first and exacting revenge follows. The Diamondbacks aren't most teams. They are terrible. Worst than the Astros terrible. So while most teams would see that loading the bases in the seventh inning of a one-run game for one of the league's best hitters isn't the smartest idea, Kirk Gibson and the Diamondbacks had to protect the integrity of the game. Damn the consequences, like the next guy up hitting a grand slam and beating you, 7-5.

Here's the sequence of events, viewed from both the Milwaukee and Arizona media outlets:

Cheaters have no place in baseball.

The ironic Diamondbacks could afford to look foolish last night because they've been doing so all season. But if or when the Brewers make the playoffs by one game, a few teams will be wishing Arizona had cared more about winning games than carelessly trying -- and failing -- to be the baseball police. 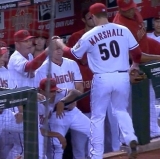 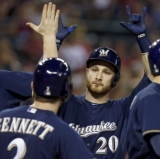