Published on 5-Jun-2015 by Trent Jackson 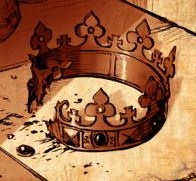 The Seattle Mariners know they're slump-bound when their ace gets shelled.

On top of that, their big-budget boppers just got bankrupted by Tampa Bay's discount-bin hurlers, running current their losing streak to six games.

The fact that the Rays are somehow managing to exist at the AL East's higher end didn't make Seattle feel any better about it, especially as skipper Lloyd McClendon already blew his inspirational wad the night before:

Seattle should've realized they were entrenched on Doldrum Avenue when King Félix got the max ordnance by none other than a Bronx Bomber on Mon 1 Jun.

While inconsistent themselves last month, the New York Yankees still cling to first place in the AL East, while the Mariners find themselves going nowhere at an accelerating rate in the AL West.

Games like this explain why. Hernandez was having a very non-Félix day. He'd allowed two runs in the first four innings, putting Seattle at a difficult but salvageable point in the game. Then, Mark Teixeira weighed in with the bases loaded in the fifth:

With his 15th homer of the year, Tex put the game out of reach for the anemic Seattle offense, who'd eventually absorb the 7-2 loss.

Teixeira's trot around the Safeco bases isn't an unfamiliar feeling. Dude holds 18 career bombs at the Safe, which is the most of any visiting slugger in the majors.

Maybe he should've joined former teammate Robinson Canó to the Pacific Northwest. Having said that ...

Pineda, meanwhile, threw six scoreless innings before being pulled after allowing two runs in the seventh. With relief support from Justin Wilson, Dellin Betances, and Chasen Shreeve, Pineda comfortably rolled into his seventh win of the season.

After a spell of turbulence to start his Yankee career, he's no doubt pleased he moved from the Pacific Northwest. Kinda ...

The ultimate Yankee series sweep was New York's second consecutive at Safeco. In fact, Seattle's last home win against them came on 7 Jun 2013, and even that was their only bright spot in a four-game set. The Mariners haven't won a home series against the Bombers since May 2011.