Kemp Donates $250,000 to Tornado Victims after Criticism from Fans 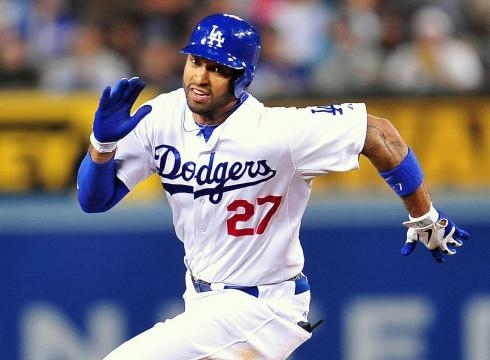 Earlier this week, we reported that Dodgers' outfielder Matt Kemp will donate $1000 for every home run he'll hit between now and the All-Star break in July.

Problem is, at the time, Kemp only had two home runs.

When word got around that Kemp would be doing this, instead of being met with applause for his efforts, he was hit with lots of heavy criticism from fans who thought Kemp was being cheap.

So, Kemp decided to give $250,000 instead. Here is his statement to the people of his hometown, Oklahoma City:

On Monday, out of concern and emotion I committed $1,000.00 for every home run I hit until the All-Star Break. It was a quick and small gesture in advance of what I knew would be my greater contribution through your rebuilding process. I am keeping my pledge and in addition, donating $250,000.00. May God bless you through this and the many generous donations coming to your aid.

I can see both sides of the argument. First, I think Kemp was honestly trying to do something nice for his hometown, but his home runs have been sparse and sporadic this season, to say the least. Fans, rightly or wrongly, pointed that out to him and how ridiculous he looked making that kind of pledge when he knows he's not a Barry Bonds-type homerun hitter (albeit a non-juiced home run hitter).

I also don't believe he planned on making a larger donation down the road like this until the fans jumped on him for being so cheap. But in the end, he did the right thing.