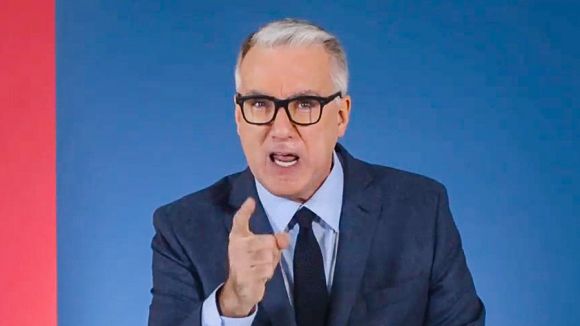 Keith Olbermann has rendered his opinion on myriad subjects over the years, ranging from sports to politics and beyond.

But now he's apparently decided to weigh in on the major league status of Harrison Bader.

The St Louis Cardinals outfielder didn't make anyone proud against the Chicago Cubs on Friday at Wrigley Field.

Let's be honest, he was pretty awful.

Fortunately for Bader and the rest of the nation, Olbermann was eager to share his thoughts on the performance:

So far nothing in this Cubs-Cards game suggests Harrison Bader is a major leaguer, never mind a superior outfielder or heady player

Harrison Bader is no longer a major league ballplayer.

Of course, the opinion of Keith Olbermann isn't necessarily binding, so Bader responded in kind.

The ESPN fan favorite seems to crave the last word, so he fired right back.

But ballplayers who get picked off in crucial situations in do-or-die pennant race games sure do.

Have a nice winter, Sonny. https://t.co/JEmCBCnklO

The 59-year old Olbermann is definitely hip to that millennial slang.

Anyway, the play referenced in the tweet involved Bader getting picked off first base to end an inning in a game the Cardinals eventually dropped to the Cubs:

This is obviously not a smart baseball play, although Cubs starter Kyle Hendricks has done this sort of thing before.

Here's the 24-year old Cardinals rookie with his glove during happier times:

Hopefully, Bader can pick up the pieces of his shattered psyche and somehow finish the season, which ended on Saturday.