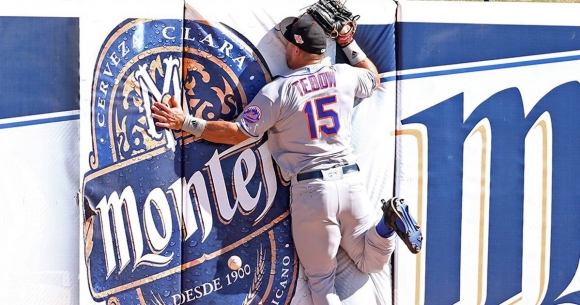 Tim Tebow has been one of the more polarizing figures in organized sports for some time.

It also appears that nothing will change, even though he's changed sports.

God’s personal warrior, of course, is no longer laboring under the delusion of sticking as an NFL starting quarterback.

However, dude's now substituted one absurd dream for another, wishing to play professional baseball. That involves mastering one of the more difficult skill sets in sports.

What would Jesus do?

Well, it appears he would attempt, at age 29, to play a sport he hasn’t participated in since high school at the highest professional level.

ESPN lead scout Keith Law is having none of this. In his scouting report of Timmy, he articulated what seems to be abundantly clear. Tebow is simply outmanned and can’t possibly compete in the Arizona Fall League, where he currently resides.

Law peppered his assessment with words like farce and high school player. This was perhaps a bit harsh, but sadly, it's true.

In addition, Law discusses the Mets' marketing angle, which is so painfully obvious, it doesn’t even bear mentioning.

Tebow would be playing softball in a Sunday morning Catholic league if he weren’t Tim Tebow, a fact that explains some of the ill will.

Law shared his thoughts on the subject despite the fact that he and Timmy are both in the employ of the World Wide Leader.

This is all very adorable, and Tebow is a good dude, his aggressive Christianity aside.

However, the experiment is about to be exposed.