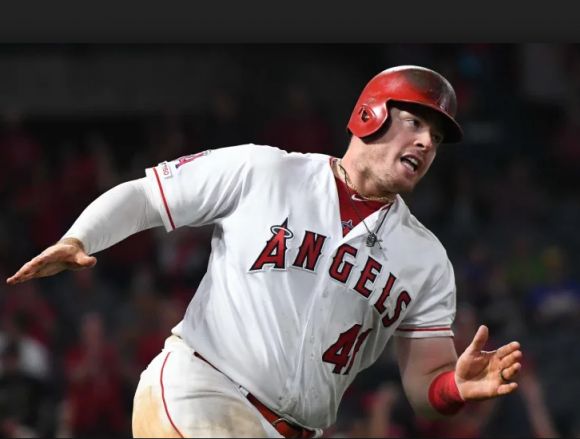 MLB's Commissioner of Time & Space must love stuff like this.

Rob Manfred's eternal quest to trim a second here and a second there from all competition in his realm needs more players like the Los Angeles Angels' Justin Bour.

Dude knows a thing or two about shrinking the long view when its result is inevitable.

In the Halos' game against the Chicago Cubs at Wrigley this afternoon, Bour found himself in a rather adventurous tour of the basepaths.

And when the dust had settled, dude didn't even look at what the umpire in question called, he was well aware that the review crew in New York would discover the ugly truth:

Who's ready for a perfectly normal baseball game today? pic.twitter.com/zGX6ub7tz2

Bour's not the sorta player to stand out in the middle of a stadium full of fans watching the replay on a gigantic screen when he could be sitting in the dugout, grabbing a refreshment, and accepting that a hustle play didn't work.

By going umpire-optional, just think of how he saved the fans who woulda used the interminable replay process to go buy food or souvenirs -- besides, teams have enough money; right, Commish? -- or to deal with bodily functions.

And that they did.

Maybe the original Baltimore Orioles -- circa 1890s -- perfected the art of cheating, but if this is indeed to be the century of enlightenment and curb the infestation of endless replay delays, someone's gotta step up.

Full marks to Mr Bour, then. He could well be MLB's next stage of man's evolution.