Jump on the Bucs' Ship

Published on 1-Oct-2013 by Steve Soprano 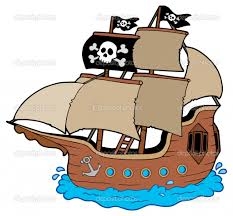 With the Pirates steadliy getting more play in the sportsbooks as the day wears on, Pittsburgh is now up to -138 at Bovada.

I think the action on Pittsburgh makes a lot of sense, seeing as how the Buccos finished the season on a five-game winning streak. And they get this game at home.

Pittsburgh also has ace lefty Francisco Liriano taking the pearl. With his 16-8 record and 3.08 ERA, that could spell a long afternoon for the Reds. Looking at the Bovada data tool on the Home page might not lead one to believe that. There, you will see Liriano faced Cincinnati five times and never registered a win against them. However, his ERA against Cincy in those five was just 2.43. He's also 8-1 with a stiff 1.47 ERA at home this season, where he pitches tonight.

Cincinnati offers Johnny Cueto, who has had some success of his own this season.

This shapes up to be a low-scoring game and should be a fun one for baseball purists. But for bettors, there are too many signs pointing to a Pittsburgh victory tonight, and that's where my money will be going.