Judge Says Dykstra Doesn't Have Any Reputation Left to Defame

Published on 2-Jun-2020 by Alan Adamsson 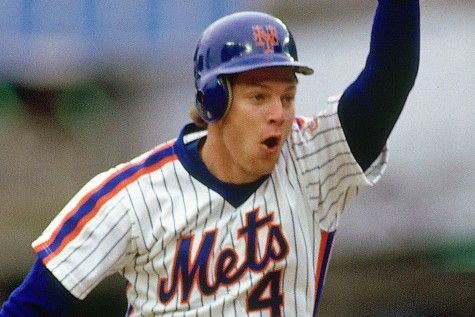 Singer-songwriter Kris Kristofferson once wrote that freedom is just another word for nothing left to lose.

If so, Lenny Dykstra had already lost that for a six-month stretch.

Maybe he got that back, but now, dude's discovered that he's lost something else, and it's probably not coming back.

Come to think of it, given the bizarro circumstances here, Dykstra mighta lost his mind, too.

Return with us now to those thrilling days of October 1986 ...

That's when the New York Mets were in the process of winning the World Series over Boston that was much more notable for Bill Buckner's famous error in Game 6 than anything that happened in Game 3:

Dykstra's lawsuit, though, was based on something that allegedly happened or didn't happen in an otherwise unremarkable Game 3.

Ron Darling was part of the Mets' dynamite starting rotation in 1986 and was known to be such a perfectionist in his daily life, he acquired the nickname Mr P, although he was never fond of it. He was also more cerebral than coarse.

Dykstra was known as Nails, and he earned it. In fact, dude basked in it to the point that his persona was the complete opposite of Darling's. No one ever accused him of being a choir boy.

Still, teams are assembled on talent; in most cases, compatability is a distant afterthought.

Darling's co-authored a few books on the game, which have been more Boys of Summer than Ball Four. Thus, it's puzzling why he seemingly took a wide turn in his literary career to produce the rip job that is 108 Stitches.

One of his targets was Dykstra, whom he claimed spent time in one on-deck circle appearance during Game 3 racially abusing Red Sox starter Oil Can Boyd and allegedly being overly creative about it.

The hell of it is, no one else can remember this even happened.

With 2½ witnesses in his favor, then, it seemed Nails had a sound basis for filing a defamation suit. So he did.

The hell of it is, though, legal actions like that from a public figure set a high bar to clear.

Especially if you're Lenny Dykstra.

Being real, one would be hard pressed to discover something he didn't do to smear his own name.

This presented a problem that turned out to be fatal one for his case.

Darling contended it was impossible to impugn a reputation that went the way of the dodo bird a long time ago and was of Dykstra's own making.

Dude never stopped defiling it, either. To this day, for example, dude won't let go of then-Phillies teammate Mitch Williams serving up that tame thing to Joe Carter that capped the 1993 World Series.

Talk about an awkward moment when Williams brought it up during a celebrity roast:

Putting Dykstra's entire body of work together, the judge ruled Darling was right. His honor tossed the case before it even made it to court.

Fittingly, Nails learned of the decision after the Über taking him wherever the hell he was being taken got rear-ended on the freeway, giving him a wackily appropriate setting to comment:

Part A: I ain’t done with Mr. P aka Ron Darling aka Jussie Darling by a long shot. (Video from the side of the 405 after my @Uber got rear-ended.) @nypost @BobGrotz @mike_greger @barstoolsports @DolansBar @NYDailyNews @BreitbartNews @TonyBrunoShow @KirFlem @StaceyPrussman pic.twitter.com/k3phSrDwmY

So now it's a conspiracy, as if the USA needed another one of those.

Dude's got a few loose ends to string together on it, though. Among them would be why he'd infer Backman and Strawberry would be a part of something like that and why the Wilpon family would even care.

Then again, this is Lenny Dykstra.

Dude's clearly got another episode or two left in him.

Not sure what he can do to top this, but it probably won't be for a lack of not getting outta his own way.