Published on 8-Jul-2017 by Alan Adamsson 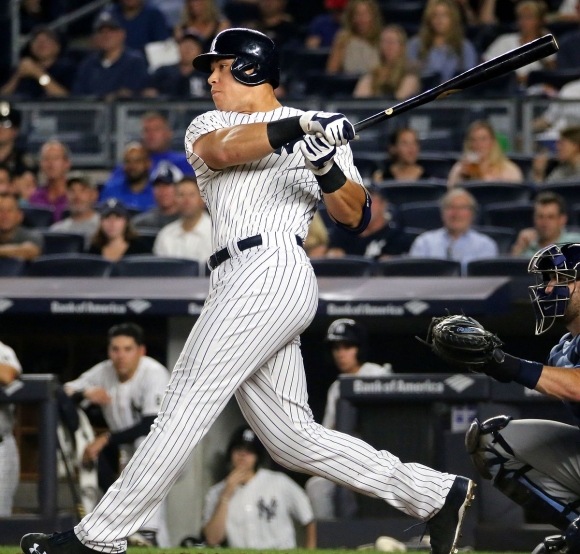 Aaron Judge apparently has a unique approach to the sophomore slump.

Seems like Judge simply got it outta the way early.

Dude didn't exactly come outta nowhere. He was the Yankees' first-round pick -- 32nd overall -- in 2013 draft and whipped through their system at an expected pace.

What hasn't been expected is his explosive assault on MLB pitching.

Judge, of course, is now navigating the halls of history, starting with that 30 in the HR column:

Here's the legend whose team rookie record Judge just broke and is on his way to shattering:

But if ever there was a red-headed stepchild stat, this is Exhibit No 1.

It's still a longshot at this point, but the real assault -- especially with the lower-seamed, tighter ball that MLB denies -- could be on Barry Bonds going yard 73 times in 2001.

Then again, he's a tall dude. With incredible pop.

Don't know how lonely the nation is these days, but if he mounts a charge in the season's second half, its eyes will definitely be turned to him.