Josh Hamilton: Rangers Will Play Him, Angels Will Pay Him 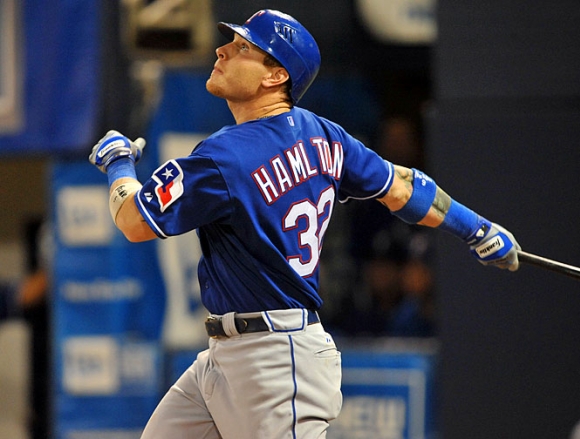 To be sure, Alex Rodriguez is still a rat.

But it's become even more clear why he went to the lengths he could afford to go to keep his PED use on the down low.

The consequences weren't going to be much different whether he came clean or not. Josh Hamilton's treatment by the Los Angeles Angels of Anaheim is an indication of that.

Now, Rodriguez' drug usage was a conscious and arbitrary decision. Hamilton's, on the other hand, was a relapse as the result of a disease. And as anyone who's been through an addiction or knows someone who has, that's exactly what it is. A disease.

To his credit, Hamilton manned up and self-reported in February.

So it's good to see Hamilton get the hell away from a franchise that has little regard for accountability in the best of times.

And it's even better to see Arte Moreno & Crew on the hook for most of the $83million remaining on the contract they offered him. They knew the downside to Hamilton and just made it worse.

Word is the Texas Rangers will pick up $7.5million in each of the two years left on his deal, and Hamilton will forfeit the $6million that would've been what he'd be obliged to pay the State of California in income taxes.

Dude's still a paradox, but perhaps returning to the scene of his best years will get him sorted. If he returns to form, Texas will have gotten a steal ... of Angel dosh.

No matter what, though, Hamilton is now free to do what he's legally and ethically entitled to do, while Moreno & Crew can continue to be what they've consistently proven themselves to be.