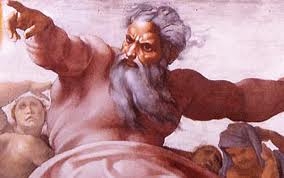 It's always best to think before speaking, particularly in a public forum.

Recently, this lesson was on full display in the exciting realm of Grapefruit League baseball.

Toronto Blue Jays stud Josh Donaldson has been healing up from a calf injury and is under medical orders not to do any running.

Dude can still get some plate appearances during spring games, though.

Here's one of those swings:

Yep, dude got good wood on that one.

Donaldson casually walked back to the dugout after going yard, an act that should offend exactly no one considering the circumstances.

Unless, of course, you're Sean Allen, assistant baseball coach at the University of Texas.

This vigilant arbiter of taste and decorum actually called out Donaldson via Twitter, claiminging this harmless act is disrespectful and even suggesting there could be retribution from the omnipotent gods of baseball.

The hopefully embarrassed coach quickly apologized for being a misinformed purist.

Donaldson accepted the apology and will no doubt continue to launch bombs into the March Florida sky.

In the meantime, it's comforting to know that people like Sean Allen are out there, protecting the integrity of an informal spring training baseball game for all of us sinners.