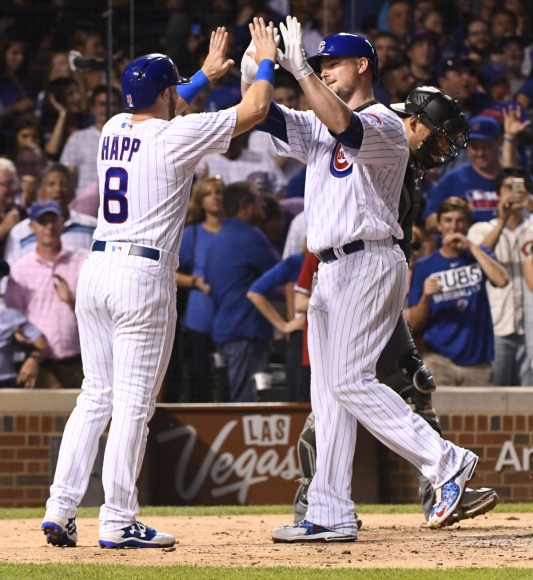 In addition to being a really good pitcher, Jon Lester has a few quirks.

His struggles fielding his position have been well-lamented, particularly his complete inability to hold runners on or actually make a throw to first base.

Also, since coming over to the National League after many years with the Boston Red Sox, the lefty was forced to hit for himself, which presented something of a challenge.

Well, Lester has improved incrementally at the plate, culminating in this freak occurrence against the Arizona Diamondbacks at Wrigley Field.

That is hard to believe.

And opposite field, no less.

Based on the reaction of the broadcast team and the crowd, they were incredulous, too.

The Lester bomb even produced a spontaneous bullpen dance.

The Cubs ace also singled in an earlier at-bat, making this the first multi-hit game of his career.

Incredibly, this is a factual statement.

Here are Lester's career numbers after this inexplicable performance at the dish:

By the way, dude also recorded his 2000th career strikeout, becoming only the 82nd pitcher in MLB history to do so.

There's a decent chance he'll reach 3,000 before his next homer.