John Lackey Is Kind of a Tool 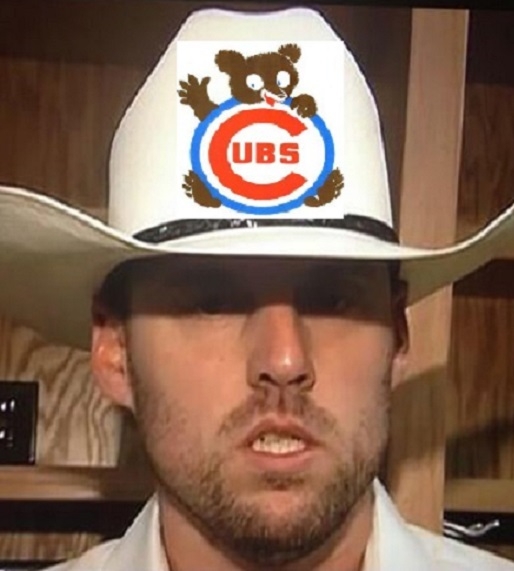 Let's just put this right out there.

John Lackey doesn't appear to play well with others.

This is particularly true when he's on the mound, as the hostile veteran righty has no qualms about berating anyone who has the tamerity to make a mistake, mental or physical.

Lackey has always pitched with this sort of unhinged emotion, even back in his early days with the Angels and through his stints with the Red Sox and Cardinals.

The Cubs acquired the 37-year old malcontent from the arch-rival Cards because of his gritty mentality and significant post-season experience.

There's sound logic behind this move, but Lackey seems to be even more agitated than usual these days.

Dude started Game 4 of the NLCS against the Dodgers and managed to go just four innings.

After walking the first two batters he faced in the fifth, Joe Maddon correctly yanked him from the game. Lackey gave him a glare that suggested his skip had strangled his dog right in front of him.

Lackey appears be the type of player who's tolerated if you play with him and loathed if he's in the other dugout.

Again, kind of a tool.