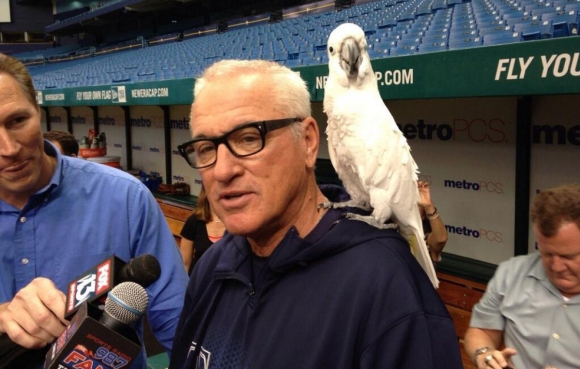 Tampa Bay Rays manager Joe Maddon has been a successful big league skipper for some time, and a really cool guy for probably much longer.

Maddon provided yet another example of his progressive mentality and quirky sense of humor with his reaction to New York Yankees pitcher Michael Pineda’s wacky pine tar misadventures. Suffice it to say, Joe has a typically unique take on the subject.

For those not in the know, Pineda was inexplicably caught with a generous helping of pine tar on his neck during a game against the Boston Red Sox, just two weeks after clearly using the substance in another game. MLB, for the sake of appearances, has decided to suspend Pineda for 10 games. This may seem significant until you realize the suspension is paid and Pineda will likely only miss one start.

So what does the always entertaining Maddon think of all this nonsense. Well, Joe shared his opinion via Twitter:

I'm in favor of legalizing pine tar, but its usage may have to begin with the Rockies and Mariners.

How much does that rock?

Maddon somehow managed to be funny, topical and knowledgeable on the subject in less than 140 characters, proving once again he is by far the hippest baseball cat on the planet.

Joe clearly refuses to pass judgment on responsible adults indulging in moderate pine tar usage in the privacy and comfort of their homes. I'm quite sure he feels the same about the use of pine tar for medicinal purposes.

Despite the fact that marijuana advocacy efforts have gained much traction recently and nationwide legalization appears to be inevitable, you rarely hear anyone in the baseball community joking in such a fashion. Pot humor has become mainstream at this point, but the baseball establishment is not exactly manning the cultural front lines.

Anyway, despite the suspension, pine tar usage will probably continue unabated, provided that players use a bit more discretion than Pineda.

As for Maddon, he will continue to personify baseball cool.