Joe Kelly Cranks It Up to 104 against the Yankees 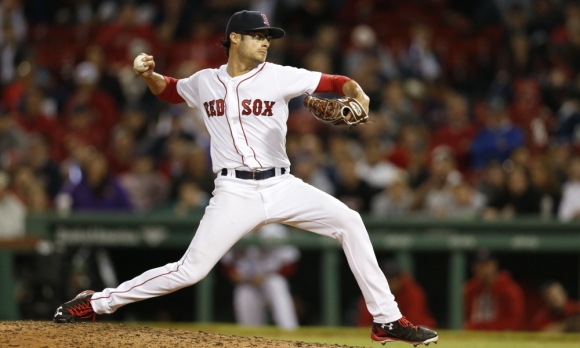 Arguably more than any other sport, baseball is a game that embraces statistics.

Beyond career and season totals, though, there are certain numbers that are fetishized by fans.

For example, there's the distance of a long home run.

Another would be pitch velocity recorded by the radar gun.

The Red Sox reliever decided to unleash his fury recently against the Yankees.

Perhaps even more remarkable than the pitch itself would be the fact that Aaron Judge actually fouled off the high gas.

Of course, Judge has been catching up to many a fastball this year.

But back to Joe Kelly.

This dude is now the proud owner of the two fastest recorded pitches in MLB this season.

The former Cardinals starter has now apparently converted to the bullpen on a permanent basis.

He seems quite comfortable in his new digs.

Kelly is now dabbling in territory that used to be the almost exclusive domain of Aroldis Chapman.

Welcome to the revolution, Joe.