Jeter to Retire after 2014 Season 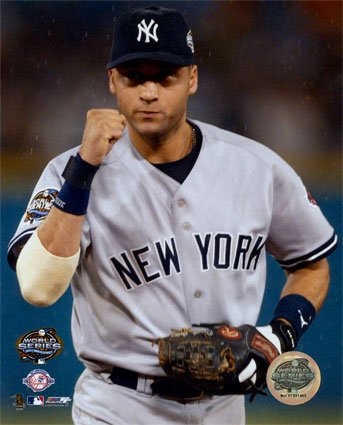 Major League Baseball is a season away from losing one of its best ambassadors.

Derek Jeter announced today that this campaign will be his last in a New York Yankees uniform.

The 13-time All-Star and five-time World Series Champion informed the Bronx Bombers he's retiring and then turned it over to their PR wonks to release this statement:

“I’ve experienced so many defining moments in my career: winning the World Series as a rookie shortstop, being named the Yankees captain, closing the old and opening the new Yankee Stadium. Through it all I’ve never stopped chasing the next one. I want to finally stop the chase and take in the world.

“Last year was a tough one for me,” Jeter said. “As I suffered through a bunch of injuries, I realized that some of the things that always came easily to me and were always fun had started to become a struggle. The one thing I always said to myself was that when baseball started to feel more like a job it would be time to move forward.

“But before that, I want to soak in every moment of every day this year, so I can remember it for the rest of my life. And most importantly, I want to help the Yankees reach our goal of winning another championship.”

When Jeter leaves the game, he'll take much of its dignity along with him. He's one of the few players in this era about whom you never heard anything disparaging. The Yankee captain took his role to heart and never did anything to embarrass himself or his ball club.

Even Bud Selig recognized that, instructing MLB's PR wonks to voice his sentiments:

“In the 21-plus years in which I have served as commissioner, Major League Baseball has had no finer ambassador than Derek Jeter.”

Selig added, “Derek is the kind of person [whom] generations have emulated proudly, and he remains an exemplary face of our sport.”

And one more thing Selig should have added: he'll be greatly missed by the sport he loves and that loved him.