It Was Foretold: Giants Conquer Rockies 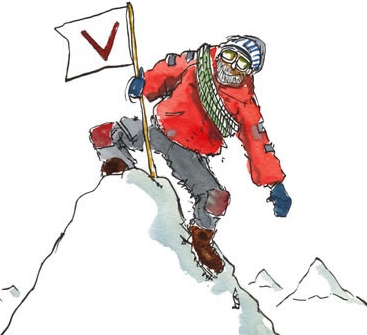 It's possible the San Francisco Giants were a bit out of their groove from all of the emotional festivities surrounding the raising of the 2012 Championship pennant, the ring ceremonies and the ensuing hoopla during their first home series against St Louis.

They might also have been weighed down a bit by those garish gold uni’s (burn them; they appear to be bad luck!).

The Colorado Rockies came into San Francisco for their first series of the 2013 season looking pretty impressive. Unfortunately for them, the Killer P’s were waiting to pounce upon their parade. Many are aware that the rarified air of Colorado is a distinct advantage when they are at home.

Playing elsewhere must seem to them like they are wearing leg irons or something. The Giants were and are, no doubt, proud as punch of the accolades. But baseball is a tough profession and such prestigious pronouncements are a profound distraction in the proceedings requisite to a positive playing approach.

So it was with relief that the Killer P’s could get back to what they do best, deflating the hopes and dreams of their opponents. Pence did that almost immediately. Following successive singles from last year’s phenom and the Panda, Pence provided all of the punch that the team would need to procure a win from Walt’s crew.

Posey had yet to pick a peck of any pickled peppers. So it was a great relief for fans to see him provide some production. His eighth-inning RBI single plunked to right field and scored fellow Killer P Pagan on an admittedly pedestrian play that preceded a Colorado pitching change.

Put it all together, and it justifies why the Daily Stake's Steve Sorprano advised players to lay the juice and wait for the payout till to open. He was correct.