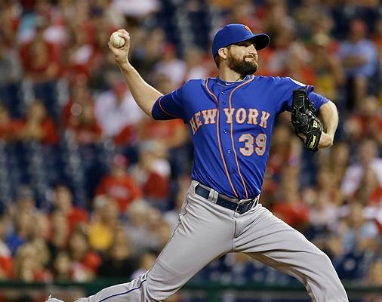 Of all the amazing statistics in baseball, one is becoming ever more prominent.

The percentage of pitchers in the majors who have had Tommy John surgery.

As of Opening Day this season, that figure stood at roughly 33%. It's virtually the same as last year. And it was worse prior to that; some believe the spike then was due to the final days of PEDs without harsh penalties, but it's not proven.

This season, the body count of TJS patients stood at nine prior to today. But two more have been added to the list:

Mike Marshall was one of the premier closers in the game from the late 1960s to 1980, back before they had closers per se. He usually finished games with multi-inning stints. He was outspoken about pitching practices then, and as Dr Mike Marshall, he's even more outspoken now. However, no one disputes he immersed himself in the biokinetics of pitching and got his facts straight.

It's a dry overview in two parts, but it's worth the time for anyone who pitches or knows someone who does:

One of them is Driveline Baseball. Professional, college and youth programs are starting to buy in to its concept that more throwing will better prepare the body for a normal pitching workload, subject to a strict conditioning regimen. To date, none of its clients has suffered as much as a sore arm.

But old habits and bad beliefs die hard. Youth coaches often don't stop their pitchers who have matured more quickly than their peers from doing what works at the time, simply because they've become stronger earlier. The seeds of injury can be sown there. But now, most MLB teams -- such as the Mets and Blue Jays -- are taking a hard look at more efficient mechanics and the training required to support them. Resistance is common -- Stephen Strasburg, for example, has returned to his same delivery even though analysis has shown it to put his arm's health at continued risk -- but the pitching motions that brought them millions in salaries and bonuses must be objectively scrutinized and, if deemed necessary, reconfigured.

Tommy John surgery is here to stay. But well-studied antidotes to the injuries that necessitate it are emerging. Thus, the time it takes for minds to open and subsequent shifts in thinking and methodology may soon become the real issue in reducing the number of TJS patients. For the good of the game and the athletes who play it, this cannot come soon enough.