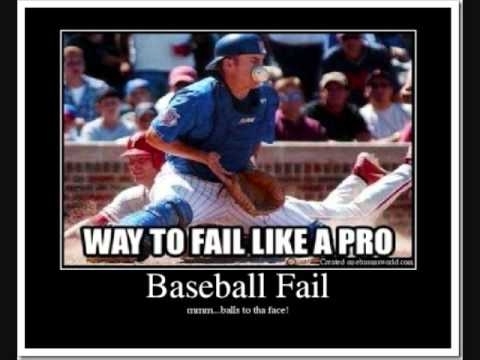 So the 30 teams in 30 days All-Time Snark teams didn’t exactly go as planned.

There were publishing delays, cost overruns, technological glitches, and a 3-day bender at a ski resort that prevented delivery of thorough and prompt analysis that avid, loyal, sadomasochistic readers of The Daily Player have come to demand, expect, even, dare we say, enjoy?

Right. About as much as it’s enjoyable to scour through box scores from the 1962 New York Mets or the 2003 Detroit Tigers. My father taught me, “Work smarter, not harder”; so I naturally just went straight for the 1899 Cleveland Spiders roster and looked for anybody, or anything, that jumped out from the page.

Only one starting pitcher was ultimately selected from the infamous 1899 Spiders, but plenty of other SP’s from that decade made the team, as we’ll soon discover.

When I was approached to compile an All-Star All-Snark Team, I wanted to bring diversity and not just regurgitate the players selected previously for the All-Time Snark Teams. Although, there are some repeat offenders feature here as all-time greats.

It’s always nice to see some fresh faces; however, redundancy is not beneficial only in genome coding or fair pay legislation. It saves me time on a Saturday night trying to prepare Easter baskets for two wound-up children.

For our lineup, we added a full-time designated hitter, as it's been a full-time position since Ron Bloomberg took the reins in 1973. Gary Pettis becomes a four-time All-Snark outfielder, as he was already represented on the Angels, Rangers, and Tigers. Based upon his start to the 2014 season, JP Arencibia might become the newest selection six months from now. There was no other player considered for SS other than Mario Mendoza, for whom the Mendoza Line phrase was coined. He was the easiest selection in the group. Don’t expect this team to draw a lot of intentional walks. I think pitchers will take their chances with the cleanup hitter.

Let me preface this by saying there is much historical significance with these pitchers. First off, Hughey represents the worst team in MLB history -- the 1899 Cleveland Spiders -- sporting a 20-134 win-loss record, which broke the 1897 St. Louis Browns record for futility of 29-102. Donahue and Hart accounted for over half of the Browns' 102 losses that year. Talk about a Dynamic Duo! Ben Cantwell played with Babe Ruth in his final season in the majors and, needless to say, didn’t send the Babe out a winner. Boston went 38-115 that year, and Ruth hung it up shortly after Memorial Day. The Babe saw the writing on the wall, as Cantwell was the staff 'ace.' Like the great Kenny Rogers crooned, “You gotta know when to fold ‘em!”

Now, on to Kid Carsey and that Washington Statesmen team for which he had the privilege of pitching 499 innings. Could you imagine a modern pitcher doing that? The on-air analysts would be fuming about overworking a top pitching prospect. Hey, this was a different era, and President Benjamin Harrison’s Sherman Anti-Trust Act later became a point of contention in a lawsuit filed by the Federal League against the National League. Presidents really do have influence over baseball!

How’s that for an All-Time, All-Snark bullpen? Every reliever has a double-digit ERA, with OAV’s so high they would probably win the league batting title. Frohwirth was a terrific reliever with the Orioles, so it’s kind of surprising to see him fall off such a steep cliff. Well, 1994 was the first the start of the 1990s offensive explosion, so let’s not split hairs here. Why did Boston allow him to throw 38 innings? Oropesa is a repeat from the Diamondbacks All-Snark team, and justifiably so. Only Krivda allowed more home runs. They could both sue for whiplash!

The All-Snark closer was probably the toughest selection, as 1994 Mike Perez of the St. Louis Cardinals, 2004 Shawn Chacon of the Colorado Rockies, 2001 LaTroy Hawkins of the Minnesota Twins, and 1999 Dave Veres of the Colorado Rockies all presented strong cases for selection as the ninth inning go-to-guy. Lidge gets the nod for his epic collapse from his 2008 Comeback Player of the Year and 2008 NL Rolaids Relief honorifics when he led the Phillies to a World Series title. He gave up one of the most epic home runs in post-season history -- right up there with Kirk Gibson, Joe Carter, and Kirby Puckett -- to Albert Pujols, which mentally destroyed him the following two seasons.

One can only be mentally tough for one season before the nightmares return. Lidge surely heard “choo-choo” in his dreams for a while.

We’re going the extra mile for the All-Time, All-Snark, All-Star Team and compiling a complete organization from players, managers, owners, general managers, mascots, and stadiums, so enjoy the extra credit. Selecting Comiskey was an easy choice, as anybody who makes professional athletes purposely lose World Series games has to be a disaster of a human being. There was some brief consideration given to A’s owner Charlie O Finley, but Comiskey is our All-Snark owner. Bet on it.

Before we start bashing Woody, get your mind out of the gutter. He deserves credit for the three greatest trades in Mariners history by acquiring Randy Johnson from the Expos for Mark Langston, Jay Buhner from the Yankees for Ken Phelps, and Jamie Moyer from the Red Sox for Darren Bragg. But here are the other trades he made during his tenure:

That list is just a ton of talent with little to show for it in return. The Varitek/Lowe trade ranks as one of the worst in baseball history, not just by the Mariners. And yes, it was demanded by manager Lou Piniella, who threatened to resign if Woodward didn't do it, but still, who's the boss here?

Bill Bavasi received strong consideration, but the sheer magnitude of Woody Woodward's moves are too daunting to ignore. Thank you for setting a franchise back 20 years.

Hartsfield took over the expansion Blue Jays and was basically still managing an expansion team three years later. Toronto lost 107, 102, and 109 games during his three seasons, good enough for the worst winning percentage for any manager since the end of World War II. Welcome aboard, skipper!

Now, we’re not saying a parrot isn’t a good mascot for a team that calls itself the Pirates, as it is the signature bird on swashbucklers' shoulders. However, during the Pittsburgh drug trials in the 1980s, the Pirates Parrot was convicted of selling cocaine to players. Ugh.

It’s actually called the O.co Coliseum now, but this poor excuse for a pile of concrete will always be known as Oakland-Alameda in my book. The problems have been well documented. For example, raw sewage backed up into the visiting clubhouse and forced the Mariners and A’s to share showers after a game. That had to have been awkward. MLB has been dragging its feet on granting the A’s the right to move to the more prestigious area of San José, and it’s doubtful the city of Oakland will build a baseball-only facility. This is the last stadium in baseball that shares a field with a NFL team, the Raiders. So, in addition to having a dirt infield, which drew the ire of Raiders kicker, Sebastian Janikowski, chances are you’ll find remnants of silver and black war paint smeared on the bleachers. Spiked batting helmets aren’t likely to be approved equipment by MLB anytime soon, or like, ever.

I know this is a lot to take in, so please take your time and read carefully. As they say: the devil’s in the details.