Is There a Hole in My Bat? 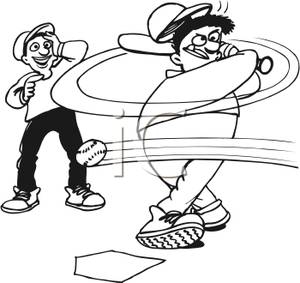 The broadcasters in Reading, Pennsylvania Monday night must have sounded something like this:

Minor league baseball is typically reserved for either extreme baseball junkies or locals looking for a cheap hot dog and beer, but this particular game was different. Over the course of seven innings facing Reading Phillies starter Jesse Biddle, the Harrisburg Senators sent 24 batters to the plate. Sixteen of those batters wound up shaking their heads as they walked back to the dugout.

While it doesn't compare to Ron Necciai's 27 K's in a Class D game in 1952, Biddle's gem was quite impressive. He struck out the side in the first inning on just 12 pitches, and accomplished the feat three more times after that. Only one Senators starter, catcher Sandy Leon, managed to avoid a punch out.

Biddle is regarded as the Phillies' top prospect, and anyone who doesn't know who he is should get to know him. The guy even went 2 for 3 with a pair of doubles and scored the game winning run.