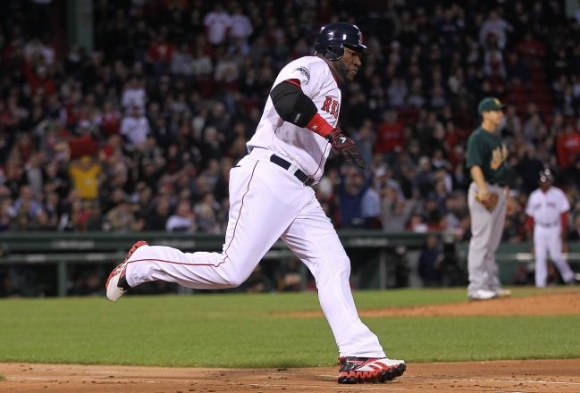 David Ortiz is officially on the DL … again.

Yes, Big Papi will be shut down for a week while the Sox organization conjures a cover story to sugarcoat the fact that he won't be ready for Opening Day against the New York Yankees.

Ortiz went down with an Achilles strain last July and was expected to make a quick return to help the Sox in their desperate race to finish the season with a winning record. What happened instead was nothing short of a disaster. Sox fans still have burning memories of the days last season when they thought Big Papi would return within the week, but they proved to be nothing more than vain hopes thrown upon a cursed team.

In the spirit of daylight saving time, fast forward the clock, past Bobby V’s infamous accusations of Ortiz bailing on the Sox, past the reports of Ortiz running the bases, all the way to the most recent news that he will be on the DL, and the Sox once again find themselves unable to find a bat that can match that of Ortiz.

Even noted sports podiatrist Shaquille O'Neal has weighed in -- and these days, he can really  'weigh' in -- with advice for Ortiz. He no doubt advised Big Papi to stay off his feet, and maybe even gave him a prescription of a Buick Lacrosse and a split sales commission.

This injury situation sounds eerily similar. Sox fans have we seen this movie before, but manager John Farrell seems hopeful that Big Papi will make a return soon. Of course Farrell is hopeful, but he should be wary of sounding too much like the echos of Valentine.

“[The MRIs] reveal some inflammation in the bony area of the heel,” Farrell said. “That’s where his discomfort is being felt. As a result, we’re going to shut him down for a few days here to let that quiet down completely before we initiate any kind of baseball activities.”

Let’s face it, the Sox need Ortiz ,and badly. Their lineup is not the formidable force it once was. There is no Greek God of Walks, no RBI producing machine, and Dustin Pedroia has yet to prove he has returned to his laser show form. Without Ortiz, the Sox lineup is weak, if spring training is any indication. For the Sox’ sake, Ortiz must rebound quickly because without him the Sox offense is uninspiring to say the least..

Maybe he can talk to Shaq about how to do that, too.