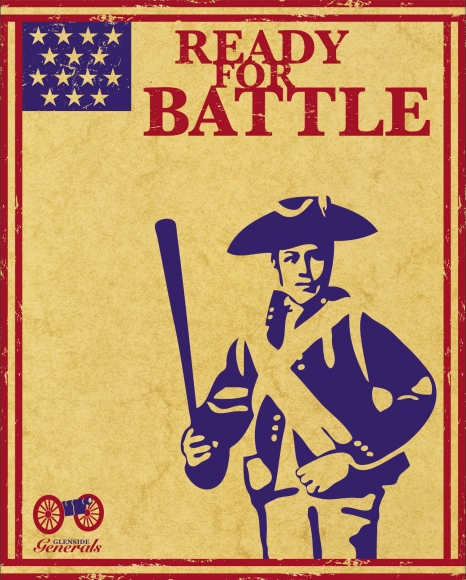 As the founding fathers no doubt intended, Independence Day is the unofficial halfway point of the major league baseball season.

Nostradamus didn't put this in one of his quatrains, but he really should have.

As we look at the standings right now, we see a surprise leader in every division. Baseball experts say that if a team is in first place at this time of the year, it is a true contender, which would lead to some different teams in the playoffs this fall. Just as the founding fathers no doubt intended.

The Pittsburgh Pirates have the best record in baseball as they strive for their first winning season in twenty years. Clint Hurdle has done a great job managing the Pirates, and if their pitching holds up -- especially star closer Jason Grilli -- they may very well win the NL Central this season. The Washington Nationals were favored to take the NL East but trail the Atlanta Braves by 7½ games. The Braves have been led by Freddie Freeman and Chris Johnson and hope to advance further this season in the playoffs after losing to St.Louis last year in a wild card playoff game where their indecision was a key factor.

As the founding fathers would have warned, indecision can be fatal.

The NL West is a mess this year, even though the defending champion San Francisco Giants reside there. The Arizona Diamondbacks, at 42-41, are the suprise leaders and the Giants are in last place, but only four games out. The team everyone is talking about is the suddenly star-studded the Los Angeles Dodgers -- with Matt Kemp returning to action and the emerging Yaseil Puig seeming in the center of the action -- who have won nine out of ten games and trail the Diamondbacks by 2½ games even though they are four games under .500.  Puig has become the talk of the majors, batting .444 since his call-up from the minors.

Last year yielded a season to forget for the Boston Red Sox, but this time around, they have the best record in the American League. New manager John Farrell has kept the pitching staff together despite many injuries and Dustin Pedroia and David Ortiz have been solid all season for the BoSox. Cleveland, led by former Red Sox manager Terry Francona, has had a great start and is in first place in the AL Central. Another ex-Red Sox, Justin Masterson, has been the ace of the staff, and former Yankee Nick Swisher has brought stability to a team that has struggled for years.

George Washington would have been so proud.

Everyone picked the Los Angeles Angels to run away with the AL West, but Oakland -- last season's division winners in a Moneyball reprise -- leads the group again. Manager Bob Melvin gets the most out of his underrated squad and hopes that players like Coco Crisp and Jed Lowrie will keep the Athletics in first place. However, it may take the San Francisco Giants to keep them in Oakland; they're still claiming San José is their territory and refusing to let the A's consider building a new stadium there.

We know what the Marquis de Lafayette -- who himself moved from France to the American colonies in spite of the British claiming those territories as their own -- would have made of that!

Go figure. Maybe it will be a Boston vs Pittsburgh World Series or Cleveland vs Arizona. However it winds up, the summer will have some interesting pennant races leading into the playoffs, which could have many new faces.

Which is just what the founding fathers intended.