Incredibly, Michael Lorenzen and Babe Ruth Now Have Something in Common 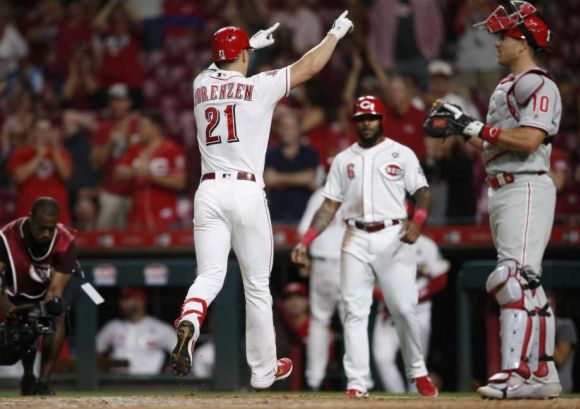 Sometimes the name of Babe Ruth is invoked in situations that aren't necessarily worthy of the occasion.

For example, if a dude hits a majestic homer, it might be described as Ruthian.

It's the baseball equivalent of people always using Hitler as the ultimate personification of evil when talking about a bad person.

But we seem to have strayed a bit off topic.

A couple of nights ago in Cincinnati, Michael Lorenzen actually did something that can literally be described as Ruthian in the correct context.

In the Reds' 8-5 win over the Phillies, dude pitched two innings of relief to pick up the win, only allowing a solo shot to Jay Bruce in the seventh.

Oh, and he also homered and played center field in the ninth.

Check out the homer:

He got good wood on that one.

And here's where the Bambino enters our story:

Michael Lorenzen of the @Reds is the first player to earn the win, hit a home run and play in the field in the same game since the Yankees' Babe Ruth on 6/13/1921.#BornToBaseball

Baseball is so delightfully weird sometimes.