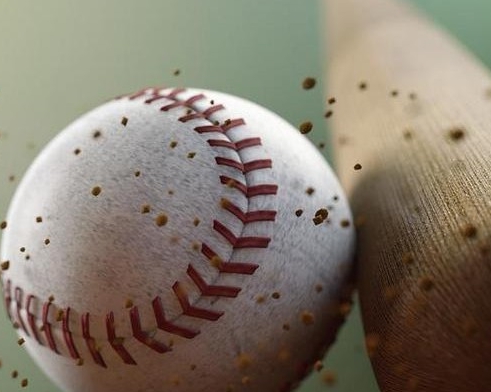 Friday must have been Earl Weaver Day in the majors ...

The late Hall of Fame manager -- who said his favorite strategy was the three-run homer -- would have had a satisfied smile at the overall results.

There were 13 innings where three or more runs were scored. That included two seven-run frames and two walkoffs.

Oakland and Houston swapped four-run outbursts before the Athletics snapped a tie and piled on seven in the ninth. James Donaldson capped it with his third homer in two days, but that wasn't the featured fireworks display of the evening. This honor went to Astros hurler Paul Clemens, who targeted Jed Lowrie for a bunt against a shift when these squads met in Oak-town last week, even though the A's had an 8-0 lead. He missed on his retaliation attempt afterward:

But Clemens did is this game what he originally set out to do, and promptly got ejected.

Elsewhere, it's looking like the Chicago White Sox truly got a steal when they paid $68million for six year's worth of services from Cuban ex-pat José Abreu. Dude's heating up in a hurry, as shown when he came to bat in the bottom of the ninth at Comiskey with the ChiSox trailing Tampa Bay, 6-5:

Elsewhere, Detroit's seven-run third trumped Minnesota's four-run sixth en route to a 10-6 victory. Washington's four-run third was the capper in its 11-1 destruction of San Diego, which was similar to the Angels' four-run seventh following two three-run earlier frame in smashing the Yankees, 13-1, and Boston's four-run second was all the Red Sox needed to down Toronto, 8-1.

Seattle erupted for four runs in the eighth against Texas, highlighted by Justin Smoak's go-ahead double. But it was his glove that saved the game:

Serious leather on a day dominated by blistering bats.