Published on 1-Aug-2013 by Steve Soprano 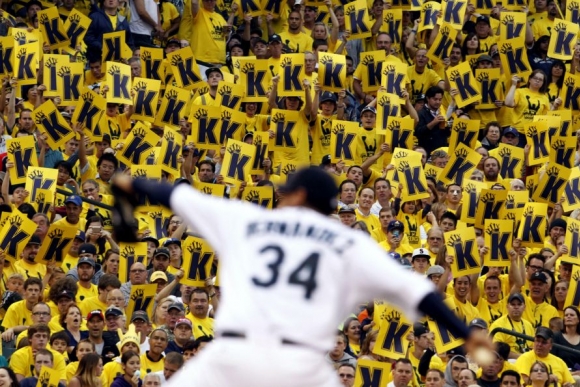 Wednesday we went out on a limb with Seattle at +135 and nearly brought home an underdog winner, but Boston prevailed in the 15th inning for a 5-4 win to make it two straight in the three-game series.

But today looks to be the toughest test of all for Red Sox hitters.

That's why we again will be pulling for the Mariners to salvage the finale of this set.

You will also see much recent success for Hernandez by using the Bovada data tool on our Home page. It shows Hernandez picked up wins in all of his last three starts against the Red Sox, and went at least seven innings each time out. Hernandez isn't too far removed from his last Boston outing either, when he went seven and surrendered only two runs while striking out six in an 11-4 Mariner victory.

It will be Ryan Dempster tossing the pearl for Boston, and his recent trend has not been nearly as glamorous.  The veteran hasn't lasted six innings in any of his last three outings, and he has an ERA of 5.79 during that span. It's Boston's bats that covered up his blemishes, as the Sox averaged over seven runs per game in those Dempster wins.

Bovavda also has a very inviting -105 for the M's today, and you won't often get Hernandez at such an enticing price. Take it, watch Hernandez do his thing, and set yourself up for the first weekend of football by going into it a winner.